One of those jobs that fall into the ‘I must sort that soon’ category is fitting the automatic vent openers to the Eden greenhouse. I’d got three that were rescued form the wind damaged wreckage of the previous greenhouse. 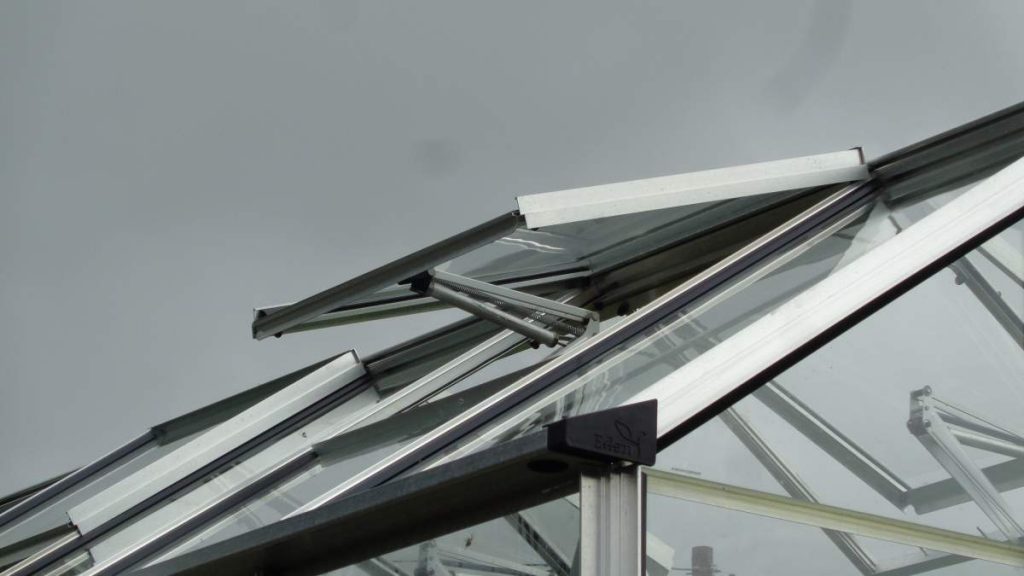 Greenhouse autovents opening the vents on a warm day and closing them at night.

So all through the spring heatwave I was out early opening the vents by hand, except when I forgot, slept in or forgot to close them at night. Not that that happened often, honest. Well, maybe a few times.

Anyway, they’re fitted and working now, keeping an even temperature in the greenhouse. More seedlings and plants are lost in greenhouses to hot weather than any other cause – especially on allotments where the greenhouse is unattended. Just one bright sunny morning can kill off a whole bench of seedlings, as I know too well.

Once fitted, that’s it. Job done. Leave them there winter and summer just doing their job in the background whatever you’re doing. Greenhouse Autovents 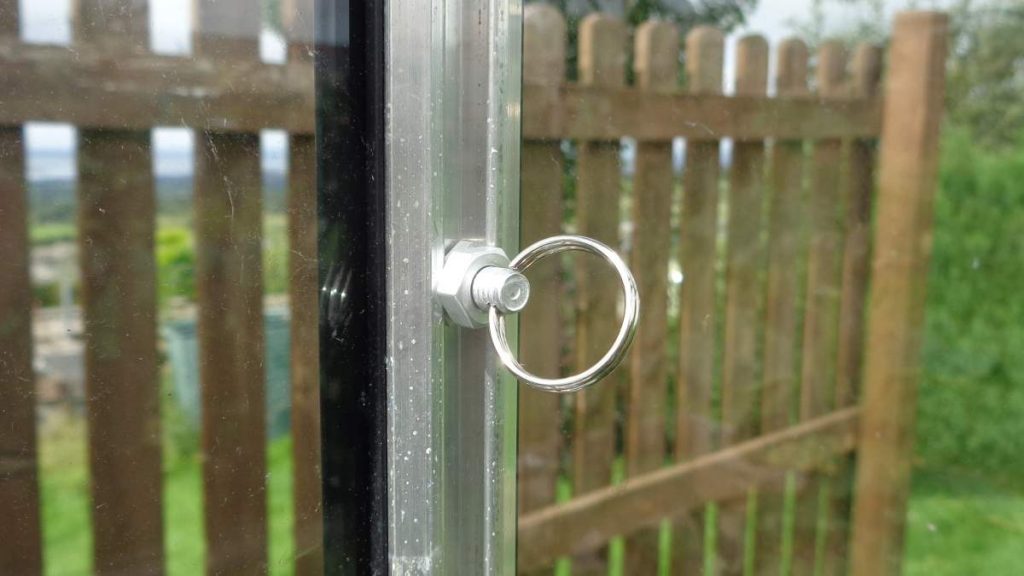 Running strings for tomatoes and cucumbers to grow up in the greenhouse can be problematic. In the past I’ve made little brackets fixed into the channels with cropped-head bolts. Not easy.

So, I was taking a look on the TwoWests web site and came across these fixings. Simple and cheap at £6.90 for a pack of 10 they are great. Just the ticket! Bolt Nuts & Rings from TwoWests 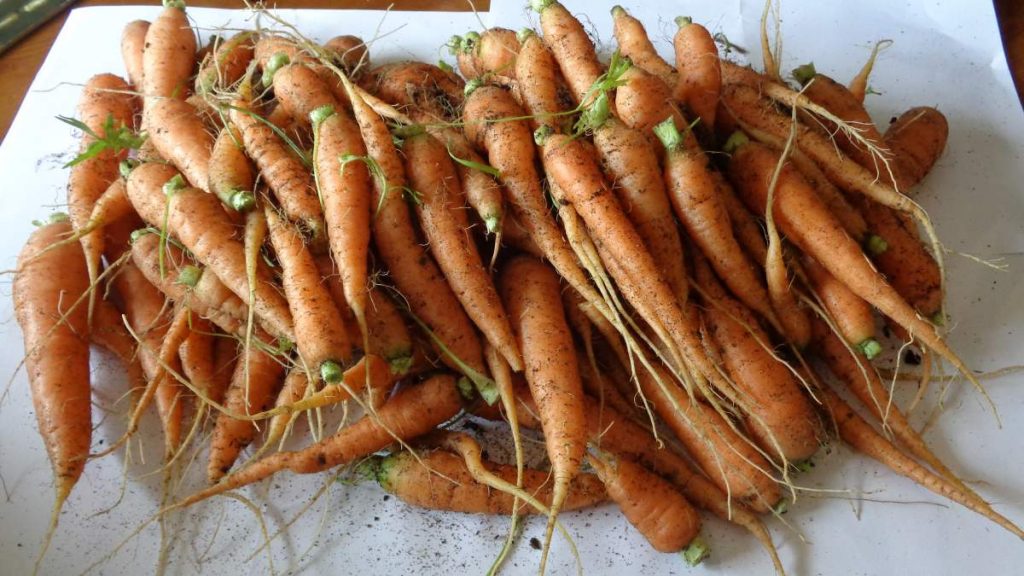 And these were just the thinnings!

Thinned out a carrot bed, a job I’ve been meaning to do for a few weeks now. They’re actually much larger now than they usually are when I thin, but that’s fine. Rather than just pulling every other one or suchlike, I pulled the largest leaving the tiddlers to grow on.

All being well with the rest, we’ll have enough carrots for us from just under two square metres. They’re a lovely vegetable but we don’t eat enough of them.

Since the climbing beans, both French and Runner, have been all but wiped out by the slugs, planted a bed of dwarf French beans which I started off in root trainers. If September is decent, as it often is here, should get a decent crop for the freezer. In theory. With luck.

Swedes seem to be doing OK in one raised bed and the leeks are coming along well in another.

Last year I planted squashes through landscape fabric. Holes about a foot square and deep were dug and filled with compost to plant them in. They did very well, especially considering that was about all the cultivation I did apart from harvest them.

This year I spread a lot of sheep manure, grass clippings, a cut of comfrey and some green waste under the fabric and planted into that. They don’t seem to like it as much as the deep block system, but we’ll see how they end up. 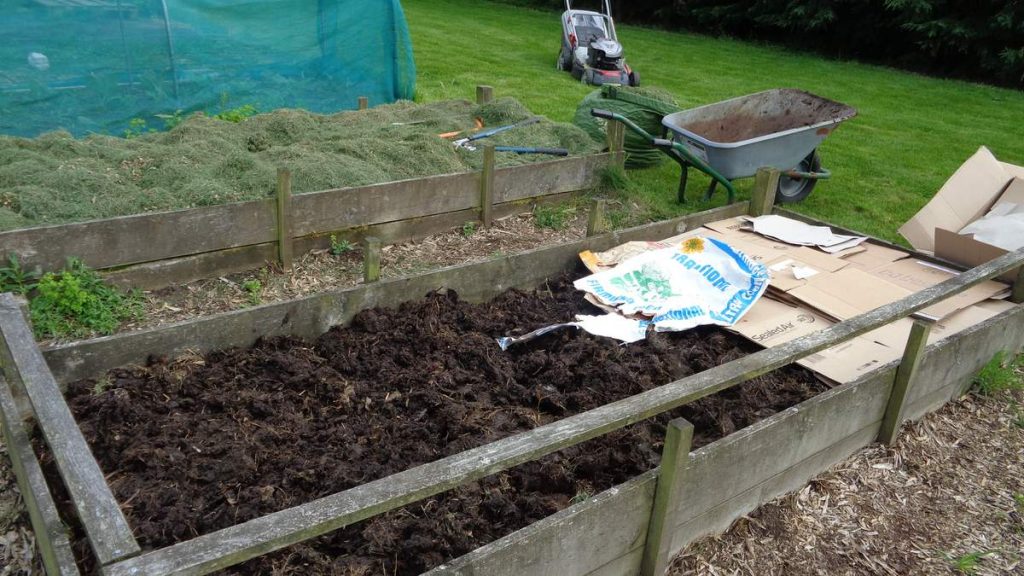 Covering the raised bed. Layer of rotted sheep muck, layer of card and top off with grass clippings.

A couple of the raised beds are empty now so I’m putting them to bed early for the winter. They get covered in a layer of compost and sheep manure which is then covered in cardboard. In turn this is covered in grass clippings. With luck, no weeds to worry about and much improved soil to grow in next season.

What I do next year is going to depend on how things are in the world. With the coronavirus we’re seeing some disruptions in food production. These may resolve or they may get worse with a big increase in food prices if not outright shortages.

If things look good, then I’m going to concentrate on the walled vegetable garden and return some improved soil to pasture. Putting the field plot into mothballs, so to speak. Then take a long holiday.

If things look tricky, then I’ll bring the lot into full production for ourselves and my daughter’s family. An insurance policy against hard times. That may sound a bit paranoid, but it’s an insurance policy that costs nothing.