Rotten Weather but a Lot Going On

The last few days have been foul, more like winter than summer with strong winds and driving rain. Chairs flying around the patio and flower pots tipped over. Being used to it, we watch the weather forecast closely and batten down the hatches before storms hit. At least the greenhouses and polytunnel are OK. 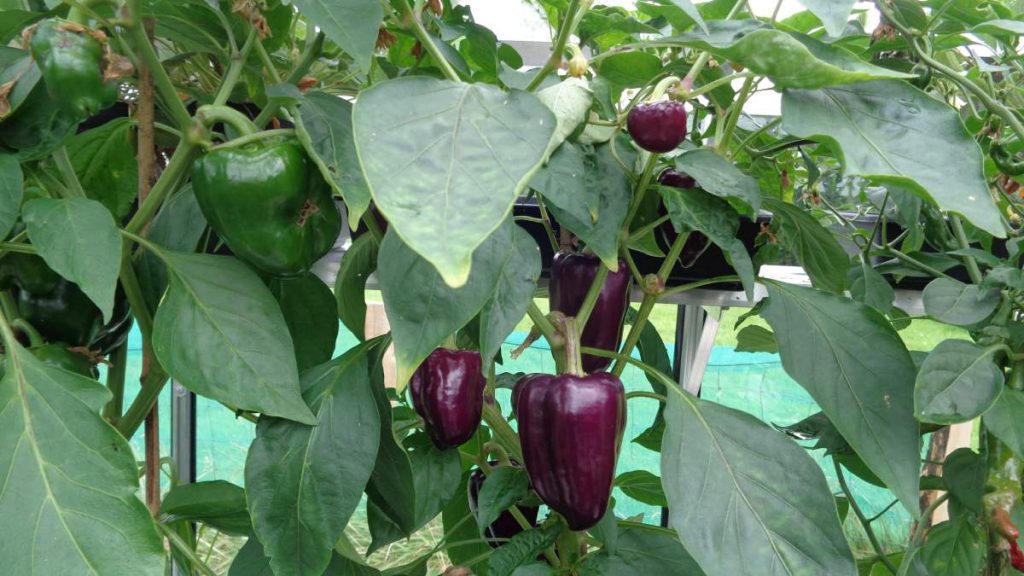 The lack of bright sunshine is slowing down the tomato ripening. That’s not too bad though. They will ripen eventually and there’s enough coming through to keep us going.

The cucumbers are doing well which is great for my grandson. You’d think they were made of chocolate the way he loves eating them!

My aubergines are not doing well at all. The plants are healthy enough despite a bit of a whitefly problem. Plenty of flowers but they’re just not setting fruit. I think a lack of pollinators may be the problem. To replicate a busy buzzy bee, I’m tickling the flowers with an old electric toothbrush. Maybe it will even work.

We’re doing OK for sweet peppers. I picked up a packet of mixed varieties so don’t have a clue what variety each plant is but one stands out. I think it is a variety called Mavras. Apparently it finishes red but earlier is a striking purple colour. Extremely productive although not very fleshy. Still, nice in a salad.

I’ve got a fair selection of the cabbage family going now: cauliflowers, kale, cabbage and savoys. They’re mainly under netting so hopefully safe from the second wave of cabbage whites. Despite the rain, I saw one go fluttering by as I headed up to the chicken coop. Actually felt sorry for it, bravely fluttering overhead.

Should have a quick crop of Greyhound before winter bites, it really is a fast one. The seedlings are leaping up in their modules. I think I’ll pot them on into 8cm pots before planting out to really get them off to a good start. 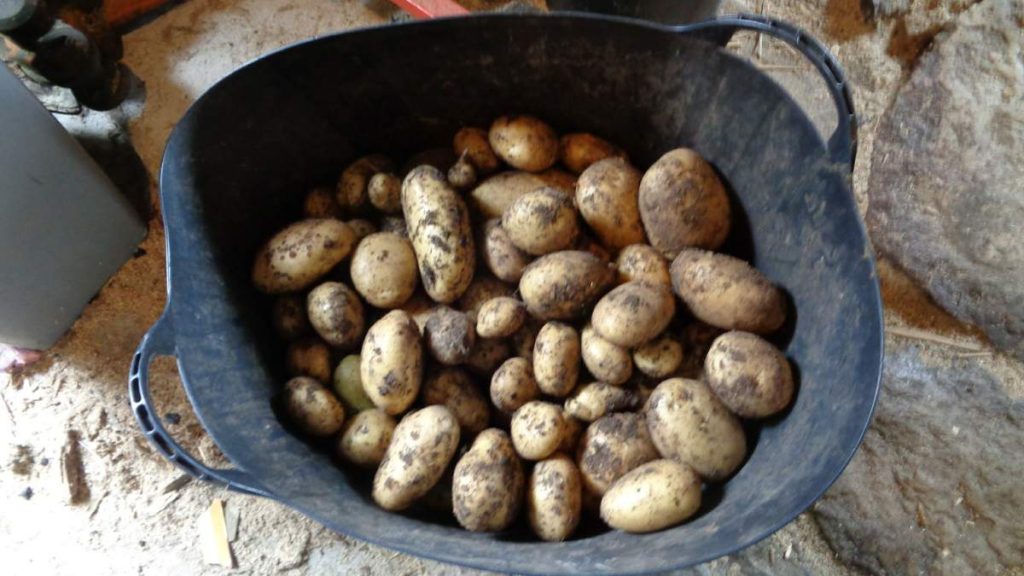 I’ve got all the second earlies up now, Charlotte and Estima. Probably as well, seem to be getting a blight warning every other day recently. Warm weather and wet, perfect for blight. Nice condition, a bit of scab but very little slug damage. In fact, the main damages came from my ability to stick the fork into them with great accuracy.

Happily the maincrop potatoes are all Sarpo Mira which are usually resistant. No guarantees as it all depends on which strain is floating about, but most years they don’t succumb.

It’s all got a bit complicated in this lockdown. Different rules in the four countries of the UK and even different rules in parts of England to others. One day people flying off for two weeks in the Spanish sun, next the holidays are cancelled. I’m sure we’re not the only ones who wonder if we’re actually asleep and this is some sort of weird dream!

Now they’re starting to relax the rules, returning towards normality. But is that such a good idea when they’re on about another surge? Frankly, I don’t know and I don’t envy the government making decisions with so many conflicting voices shouting at them.

Personally we’ll just continue being careful as we have been since this started. Whatever the rules may be, until we feel it safe to change we won’t. Hopefully a vaccine will become available or the virus just die out. Things look promising for a vaccine and treatment regimes have been developed that give much improved outcomes. I think we’re a fair distance away from beating the virus, but there is light at the end of this tunnel.

There are even some ways we could get some positives from this. Many have discovered they can do their job just as well from home, saving time and money wasted on commuting. That has to be good for the planet too, reducing CO2 output. That time saved commuting is more than enough to manage a productive vegetable garden.