The Sarpo Mira have stood up really well to the blight, this year. I lost quite a few of the non-blight-resistant varieties but only a handful of the Mira tubers were dubious. They came up very muddy, the soil is wet and sticky due to the amount of rain recently. 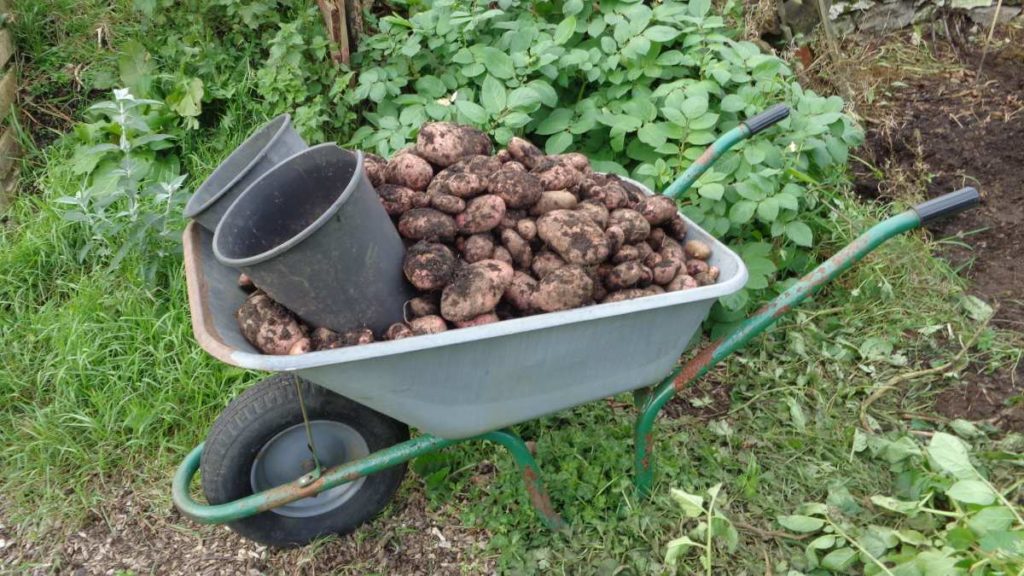 First barrow load of Sarpo Mira potatoes. A couple of volunteer plants’ harvest in the pots.

Once they were up they were given a quick wash and moved into the polytunnel. Most went onto the onion rack. I want them to dry off before storing and there was no chance of that outside. Even as the last few were moved, there was a short but really heavy downpour. 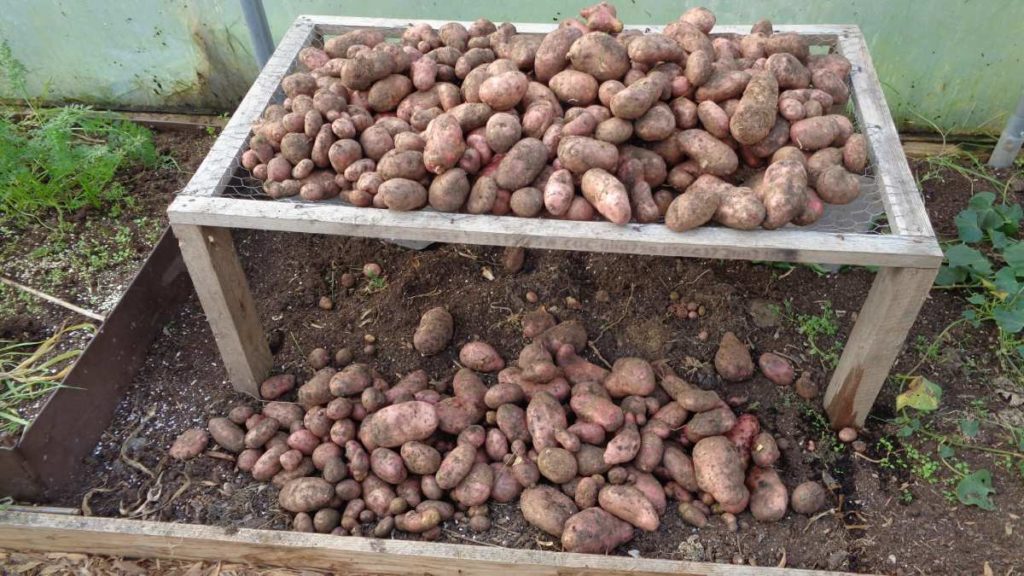 Because of the weather, dried the potatoes using the onion rack in the polytunnel.

I’d estimate there’s a bit over 50 Kg there, which seems an awful lot, especially when added to those already in store. By coincidence I was reading a government recipe pamphlet from 1943 which suggested a man should be eating 1 lb. of potatoes a day and a woman 12 oz. That works out to 290 Kg. a year for a couple!

Thinking about it, it makes sense because people weren’t eating pasta or rice as staples. A lot of bread was eaten in the war, it was one of the few foods that wasn’t rationed. Pasta, however, was rarely found in the kitchen. The only pasta recipe from the period I’ve found was for macaroni cheese. With precious little cheese! Rice was something for milk-puddings.

The sweet peppers were finished and so they came up, clearing a space along a side border. Some nettles and couch grass were infiltrating from outside so these were cleared although I don’t expect the problem will ever stop.

Prior to planting, the soil needs some revitalising. I used my Wolf Garten 3 pronged cultivator with a short handle to fluff up the topsoil. Next I added a couple of handfuls of pelleted chicken manure as a base fertiliser along with a good handful of fish, blood and bone per square yard.

I’d added a few things to the blood, fish & bone, trying to match the nutrients to the crops which all have similar requirements. Sulphate of potash, garlic is especially fond of potash. Epsom salts to provide magnesium, I’ve a feeling the soil here is short of magnesium and it will correct any problems due to the high potash level in the base fertiliser – much the same as you correct the problem in a tomato bed. Finally some flowers of sulphur. Sulphur is one of those vital but often neglected trace elements that a lot of soils are short of. Plus, I was reading how a little sulphur added to an onion bed will sharpen the flavour.

Next it was well mixed in with the cultivator and levelled with the 30 cm rake. Finally I mixed some commercial multi-purpose compost with soilfixer SF60 Biochar Compost soil improver – 10% by volume. This is just spread over the surface.

This may seem an awful lot of bother, but it takes only a few moments to amend the fertiliser, targeting it to the crop. The growing space in the polytunnel is very much at a premium, so it really does make sense to make the most from it. 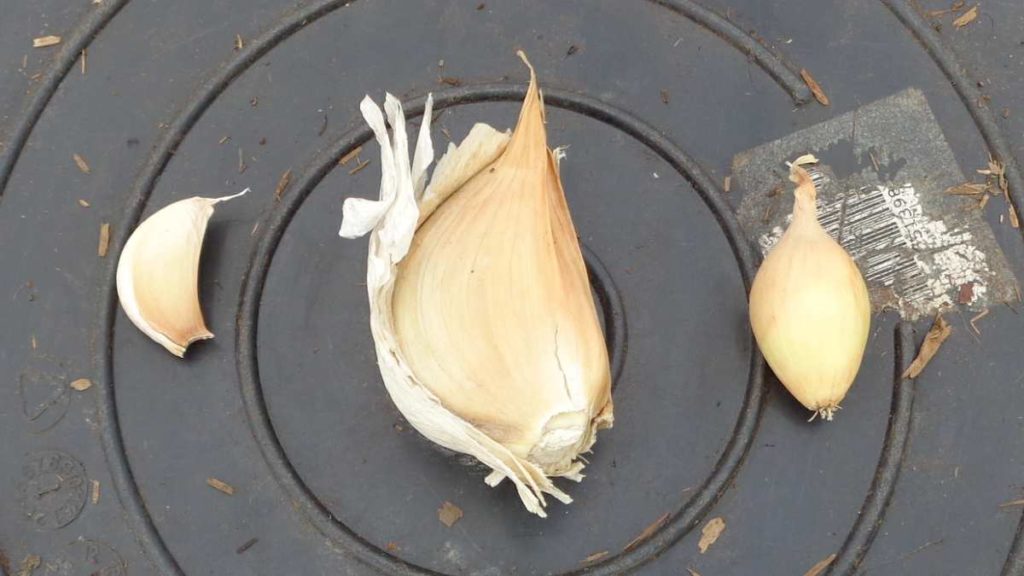 Planting the bed out followed. Firstly some garlic, Solent Wight, which has always done well for me. Then some elephant garlic. This is actually more related to leeks than garlic, despite looking much the same and tasting like a very mild garlic. The big difference is size – just look at the clove in the photo. The last crop for this bed is Senshyu, a Japanese autumn planted onion.

I’ll plant some outside as well but hopefully these undercover will be earlier and perform better in the polytunnel.