It’s nearly a fortnight since I had my cataract operation and the weather is lovely so I just couldn’t resist doing a few jobs. I’m being very careful, all the same. No straining – I don’t want my eyeball to pop out! 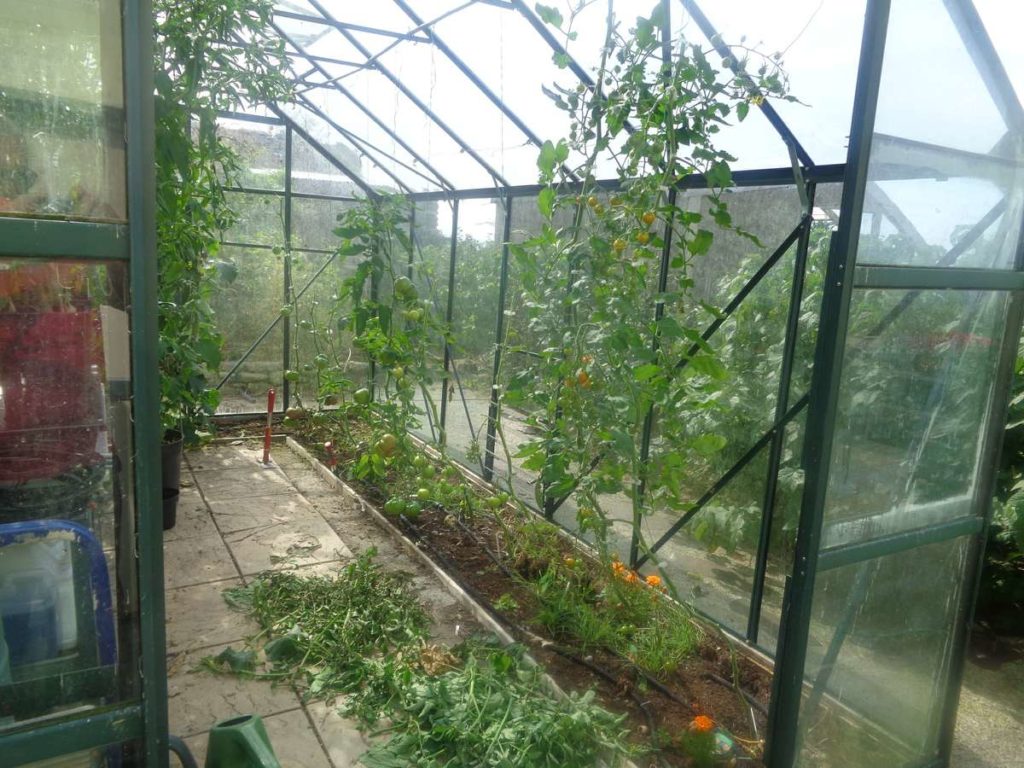 Sorting out the Greenhouse. De-leafing the tomato plants

Up in the polytunnel there’s not much to do that is urgent apart from water and harvest a load of French climbing and runner beans. Plus a few carrots and courgettes. Because it’s so warm, I’m leaving the doors open at the moment. Even at night it’s above 15ºC 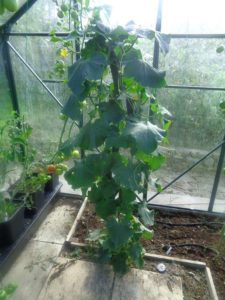 Marketmore Cucumber – enlarge and see just how many fruits are hanging.

The greenhouse, however, was in urgent need of attention. I’d 2 gherkins, one in an ordinary pot the other in a self-watering pot. Both have gone down with verticillium wilt and are finished, so they’re out. I can’t complain, we’ve had dozens upon dozens of fruits. Even the postman runs before he’s forced to take a bag full!

Happily the Marketmore cucumber is unaffected. This was very slow to get going but now it is I can see where it got its name. There’s about 8 fruits on the one plant at the moment!

The aubergines have been a real disappointment this year. The four plants have grown well enough but only one has set fruit. And that has produced one rather good fruit and one that may develop. Loads of flowers but that’s it. Anyway, harvested the aubergine and kept that plant in the hope the small fruit grows, the other three plants went to the compost.

I’m blaming the weather – it’s been so up and down this year. Last year the plants were hanging heavy with fruits and I was removing some of the smallest to ensure the remaining ones developed well. 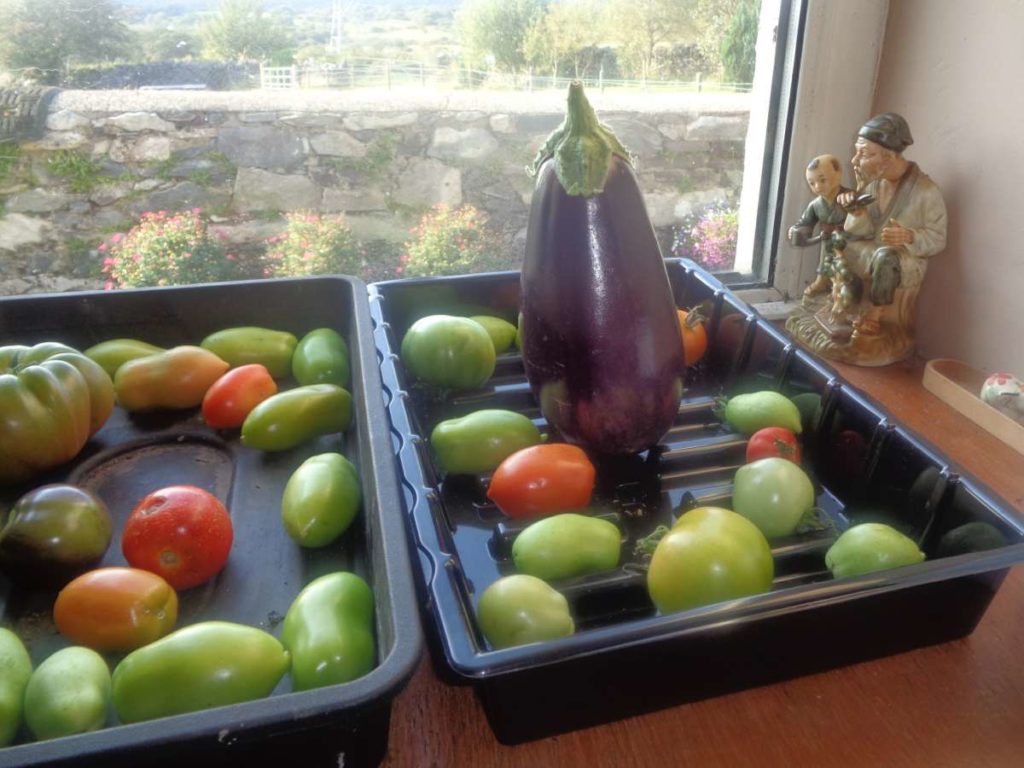 Aubergine with Ripening Green Tomatoes in the windowsill

Now the big job – sorting out the tomatoes. There’s signs of botrytis starting and a couple of the heirloom plants (Ukrainian Purple and Black Russian) have blight. It’s been a bad year for blight. Loads of Hutton periods. Happily the Sarpo potatoes are resisting this year’s strain of blight.

The first task was to go over every plant removing any leaves and fruits that looked as if they might be affected. I took the opportunity to weed the greenhouse border too. It wasn’t bad but the trick with weeding is always to sort them early – before they establish.

Removing all these leaves looks drastic – well it is! But I want the fruits to ripen and more light getting to them will push ripening along. It also means there’s more air-flow which will certainly help with botrytis and may just have halted the blight. 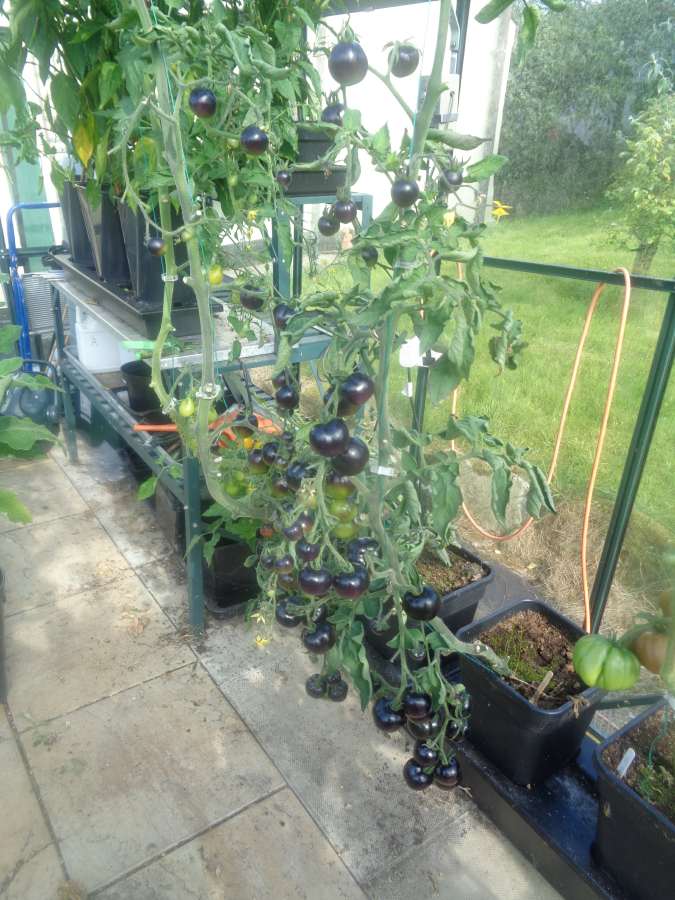 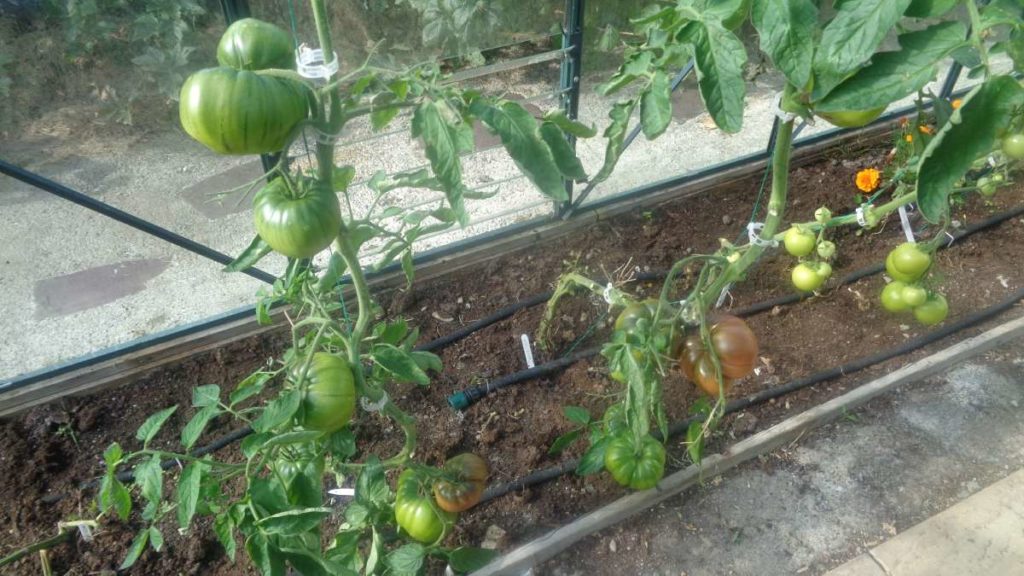 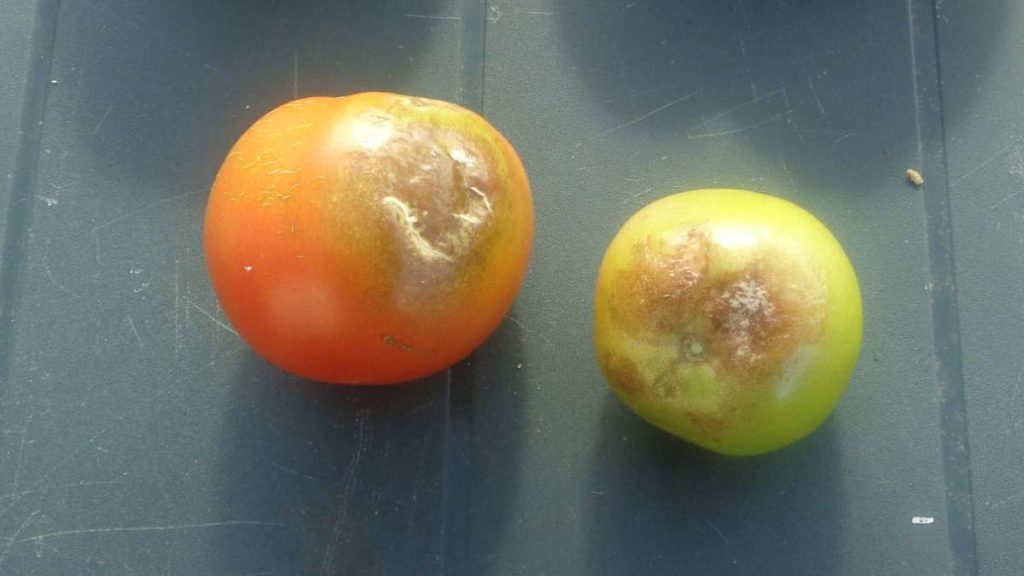 It’s not all blight and problems – the chilli peppers are fantastic. I’ve tried growing in the Chilligrow from Greenhouse Sensations for the first time this year. I’ve never had such healthy, big and productive plants! 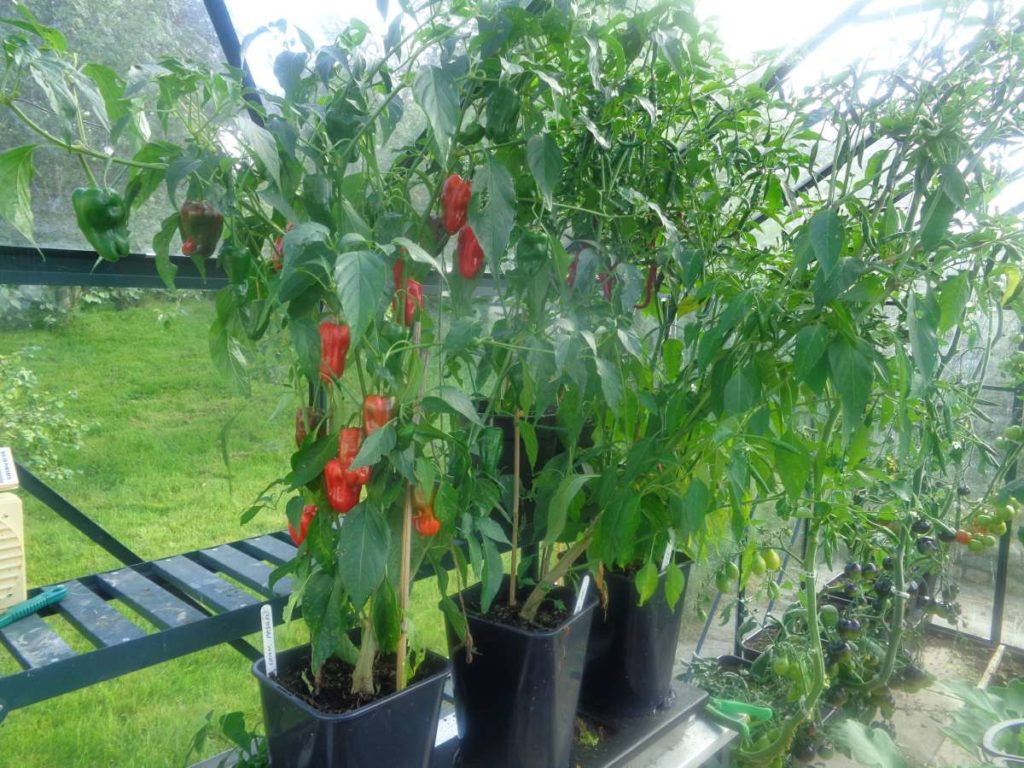