Why do I bother?

There are times when I wonder why I spend time, effort and money on growing my own veggies. Is it really worth the bother? 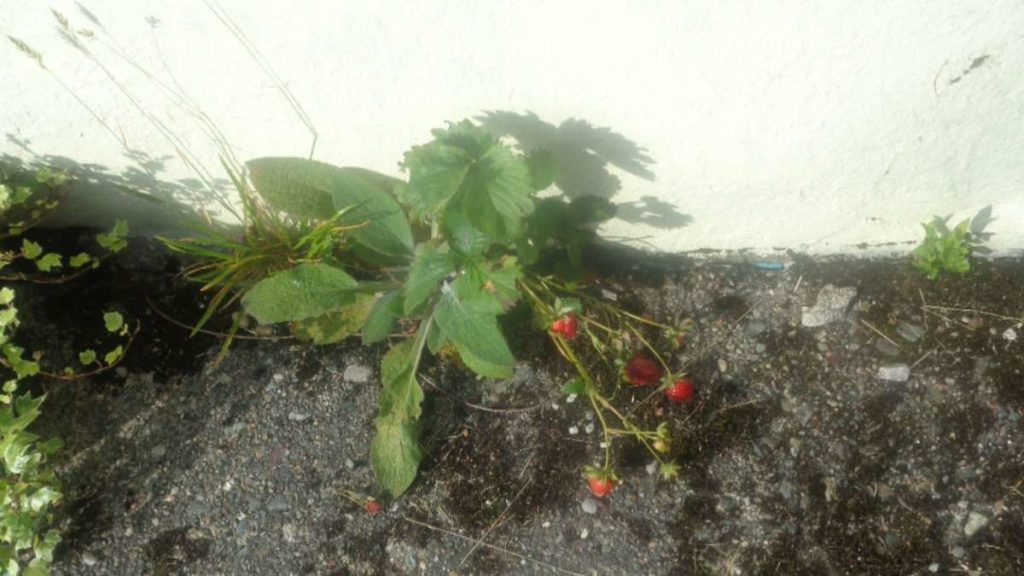 To grow my strawberries I have them in a special compost mix, fed regularly and watered daily. I go over them frequently, removing any runners and cleaning dead leaves. It’s a fair bit of effort and time but worth it for one of the nicest fruits you can grow.

So then I see this strawberry plant happily growing and fruiting well in a crack in the concrete between the path and the wall. Fighting for space with a weed. How it got there I don’t know, but there it is.

The Real Reason for Growing my Own

My grandson came round with his mum and dad, not unusual as they only live a couple of miles away. He’s a six year old handful. You can’t take your eyes off him for a moment. A bamboo cane becomes a knight’s lance in his mind, which is OK until he charges you or nearly puts it through the skin of the polytunnel. And if he gets hold of the hosepipe.. be prepared to be soaked.

As I fear is the case with most kids, any journey that goes past the golden arches of McDonalds will result in demands for a Happy Meal. That’s fiendish marketing for you, give away a toy and it will instantly become the child’s favourite. I say this against a backdrop of frequent reports that childhood obesity is becoming a major problem..

I suppose I should make it clear that I’m not blaming McDonald’s for obesity. Other fast foods are available! Many, many others. Feeding our kids – or ourselves – on a diet of fast, convenient processed foods washed down with sugary drinks has to be contributing to the problem, though.

Anyway, he was hungry when they came round. Actually he seems to spend all his time running around building up an appetite, so no surprise there!

After demolishing half a dozen Sungold tomatoes straight off the plant, it was up to the polytunnel where he picked and ate two raw carrots. I rinsed them off as I didn’t want a shower from the hosepipe! Then we picked some strawberries which he loves. Finally he munched his way through a small cucumber. And he had a small plate of chips to follow made from our potatoes. 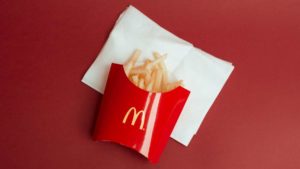 He’s learning the art of flattery too – told his Grandma her chips were better than McDonald’s chips! You could tell he wasn’t 100% convinced about that but we don’t provide a toy with a meal so he’s forgiven.

Looking back at my posts I realise they tend to be reports on what’s going on in the plot or technical ideas, new methods etc.

It’s good to just sit watching my grandson demolishing a cucumber fresh off the vine and knowing why I love growing my own.

Leave a Comment Here on Why do I bother? Cancel reply