As you may recall, my new Eden greenhouse lasted just 4 days before it was destroyed in a storm at the end of April. Well the replacement has arrived. 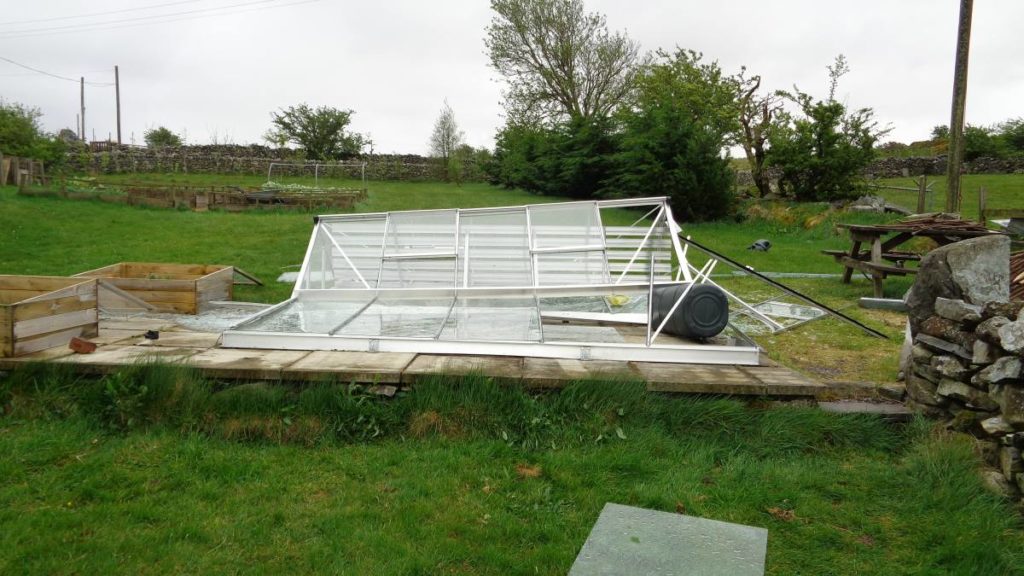 The Eden greenhouse destroyed by the wind 4 days after it was finished.

I’d sent photographs of the greenhouse remains after the storm to the supplier, Gardensite, and they’d passed those on to Eden Greenhouses. After looking at the photos, Eden’s technical manager contacted me and we discussed what happened.

It turned out that it should have been supplied with bar-capping to hold the tempered glass in place but for some reason it wasn’t. I’d used the W clips that are supplied for standard horticultural glass. Their technical manager felt it would have survived the storm if their bar-capping had been used. From what he told me, bar-capping is far superior to W clips.

The upshot is that a new Eden Burford has arrived. Result! No company gets everything right, it’s how they deal with things that go wrong that defines how good they are. There are things I think Eden could easily do better. The instructions could be made a lot easier for a start. They do have a helpline you can phone but it’s weekday office hours only. I’d hazard a guess that most greenhouses are built at weekends. 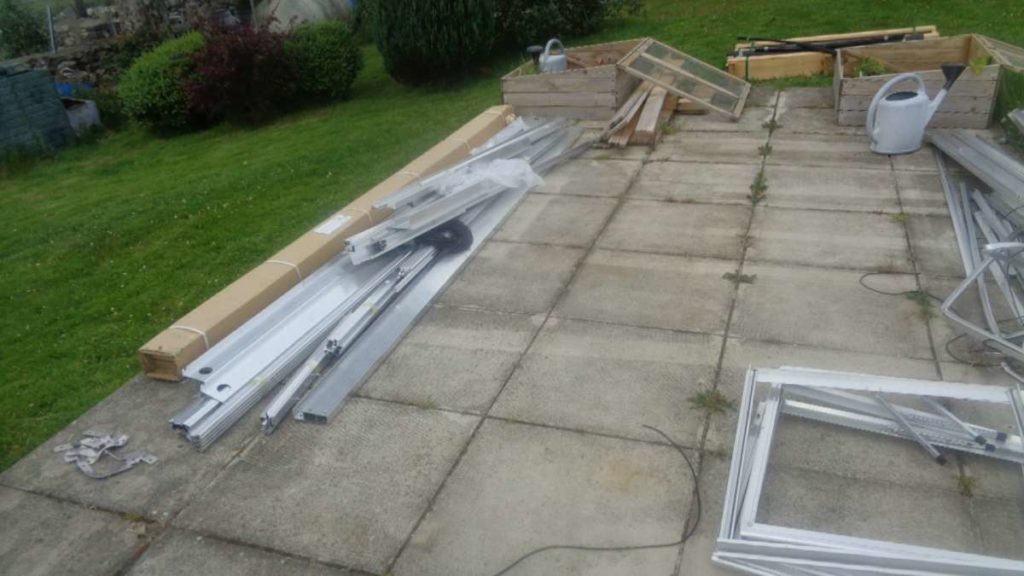 The new greenhouse components unpacked on the left – the old greenhouse parts on the right.

Before it goes up, I’m going to put up a windbreak to the seaward side. That’s the completely exposed side. The door and rear sides are somewhat sheltered by buildings and trees. The opposite side does get wind but those winds are not as powerful or often as the hill above has broken its force.

I know this windbreak will reduce the light to a degree but it’s a trade off. The windbreak will actually be a palisade fence. The gaps between the panels allow wind through so reducing turbulence but still reducing the force of the wind.

A 12 feet (2 panel) fence will set me back around £100 to erect. 2 panels, 3 posts and postcrete, plus a few nails and some preservative. If it saves the greenhouse from a storm a good investment. I’m not looking forward to digging the post holes though. Hope I don’t hit a boulder.

2 comments on “Another Eden Greenhouse”

Leave a Comment Here on Another Eden Greenhouse Cancel reply