As Always, Plans Gone to Pot!

Losing the new greenhouse has thrown out my growing plans, to say the least. Although I’ve another greenhouse and a large polytunnel, I’d been banking on having this extra space. 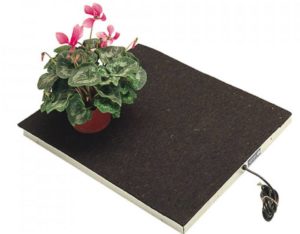 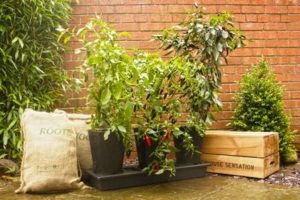 On the integral staging, which was superb, I’d planned to put two 22” by 39” heating trays controlled by a thermostat. I’d considered building a heated bench with soil warming cable but the heating trays are just a little more money, a lot lighter and can be just stored in the shed when not required.

On top of the trays the plan was to grow chilli peppers using a couple of Chilligrows from Greenhouse Sensations. I figured they’d really benefit from a little additional heat. Under the staging I was going to put some tomatoes in pots which would move onto the patio when summer arrives. Assuming we get a summer!

I’ve got some deep troughs that would also go under the staging and could grow some lettuce and early carrots. Possibly some sweet peppers as well in pots under there too.

The other side of the greenhouse from the staging was earmarked for tomatoes in Quadgrows along with a slimline water butt so I could water with room-temperature water. Water direct from the tap is usually only 5ºC or so which can give a thermal shock to plants.

Since some extra staging would be useful early in the year, I’d also decided to get some folding staging from TwoWests but without a greenhouse…. 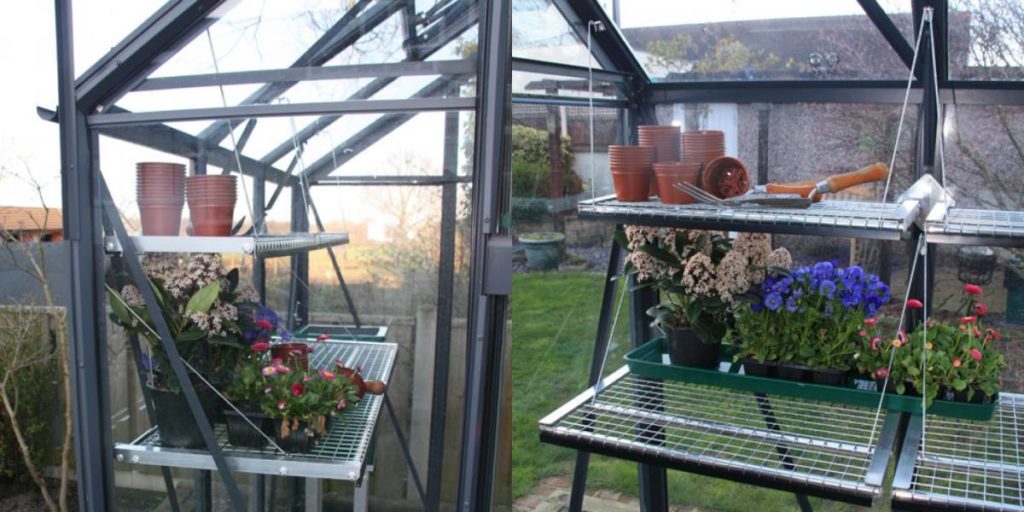 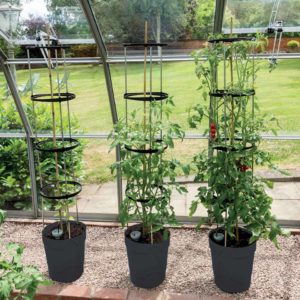 At the end of the greenhouse I’d planned on growing three aubergines using self-watering grow pot towers from Harrod Horticultural. They show them with tomatoes but I’m really pleased with the results from the Quadgrow for my tomatoes.

I’ll run these up the centre of the main greenhouse. A bit crowded but I’ve not really got a choice now.

I’d still have had some space left but filling space is never a problem with a greenhouse. Maybe a trailing cucumber on the staging, for example.

I’d also thought about suspending some growlights over the staging. They’re great for bringing seedlings on but they also boost performance on full plants, turning dull grey days into sunny days.

We’ve solar panels here and you can tell how the sunshine is going by how much they generate. They do generate more than we use even on grey days so I suppose I’m powering the lights with free electricity!

I’m still doing the pot tomatoes – Red Alert and Heartbreaker. I’ll tuck them in somewhere until summer comes. Last year I grew them in hanging baskets in the polytunnel but I want the hanging baskets for strawberries.

I think I can fit one of the Chilligrows into the potting shed and make enough space to use the other in the main greenhouse.

The sweet peppers will go into the polytunnel but I’m not going to bother planting the tomatilloes this year because of space and I have dumped the seedlings. I’m keeping the couple of squash plants – Uchiki Kuri or oochi coochi as we call them – and leaving room for some sweet potatoes.

I’ve not actually grown sweet potatoes before but hopefully I’ll muddle through. There’s a lot of conflicting advice on the net of a million lies. Some say to grow your own slips from a shop bought sweet potato and others that it’s a bad idea as they won’t do well in our climate.

Others say to strip off the leaves apart from the top and plant deep others just to plant the roots. My old books don’t mention growing sweet potatoes at all. I suppose growing sweet potatoes was a secret known only to the head gardener in Victorian times. They’re not a new vegetable to Britain – I read that King Henry VII was partial to them!

4 comments on “As Always, Plans Gone to Pot!”

Leave a Comment Here on As Always, Plans Gone to Pot! Cancel reply