Well we’re at the Winter Solstice. The shortest day of the year, Midwinter or Yule, which has always been one of the most important dates in the gardening calendar. The other being the Summer Solstice or Midsummer’s Day. One tells us a new season is coming and the other the harvest is on the way. 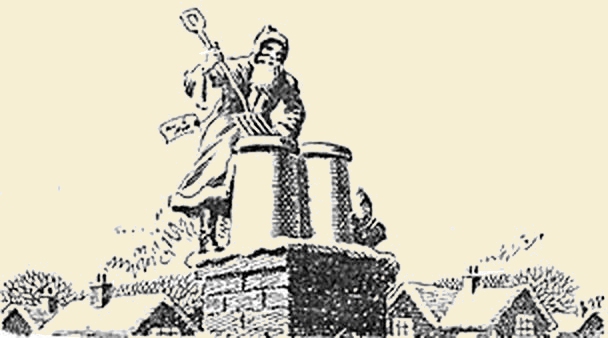 It’s one of the many things I love about growing, the way it connects you to seasons. If I’m honest, I find these short days tough. You’re hardly out of bed before the light is beginning to fade. From now on the days start getting longer and whilst winter is far from done, at least we’re getting more daylight.

You’ll often hear about planting shallots and garlic towards the end of December. Personally I prefer to wait until February when the day length is obviously growing and if the weather is atrocious starting them off in pots in the greenhouse or coldframe.

You’ll also hear about starting onions and leeks off in propagators in December, which I think has spread from the show growers. The thing is, to be successful with such early sowings, you need artificial lighting as well as warmth for the seedlings to develop.

I remember talking with some show growers at a dinner. One said he liked to head out to his greenhouse to start sowing after his Christmas lunch. The other preferred to make a start on Boxing Day morning. As we moved off, Val turned to me and said, “Are they really still married?”

All that remains is to wish you, my reader, a Merry Christmas and a Happy New Year or, as they say here in Wales, Nadolig Llawen a Blwyddyn Newydd Dda.

Or to put it in modern, politically correct parlance….

Best wishes for an environmentally conscious, socially responsible, low stress, non-addictive, gender neutral, winter solstice holiday, practised within the most joyous traditions of the religious persuasion of your choice, but with respect for the religious persuasion of others who choose to practice their own religion as well as those who choose not to practice a religion at all.