I’d a pair of Black Russian heritage tomatoes on a truss that were particularly big so when I brought them in I decided to weigh them. The larger weighed 508 grams (17.92 oz) and the smaller 451 grams (15.9 oz). An ordinary Ailsa Craig tomato runs around 50 grams or 2 oz. One tomato to the pound! 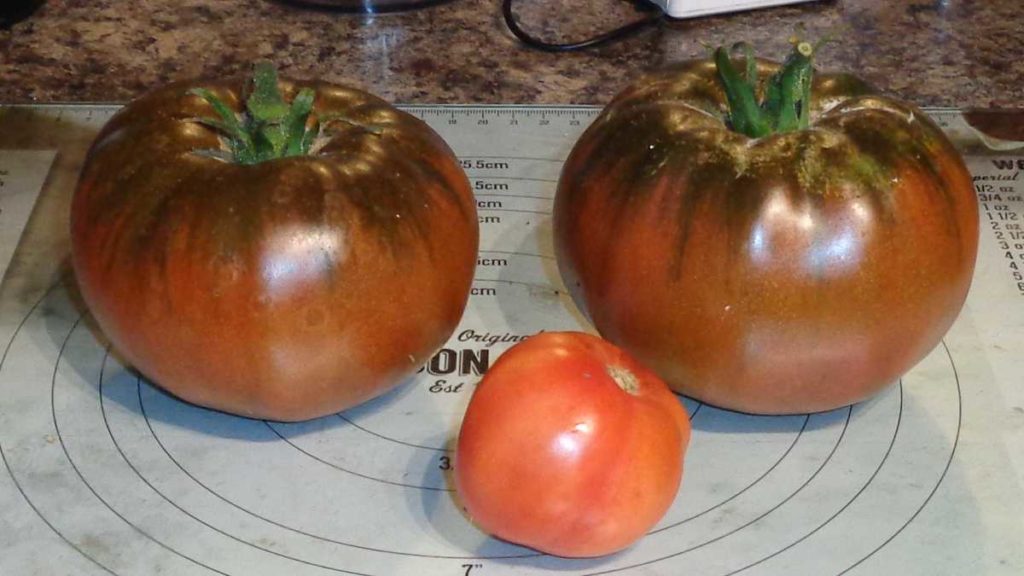 I wasn’t trying to grow giant tomatoes and did nothing special, it was just the way they ended up. The really warm, sunny summer pushed my tomatoes far beyond normal. The yields were tremendous but I don’t think I’ve ever had a pair like these.

Black Russians are delicious, juicy and fleshy with a strong flavour. We make a tomato salad with them by slicing them, salting, adding a little minced garlic and drizzling in olive oil. Instead of garlic some finely shredded basil leaves work well too. 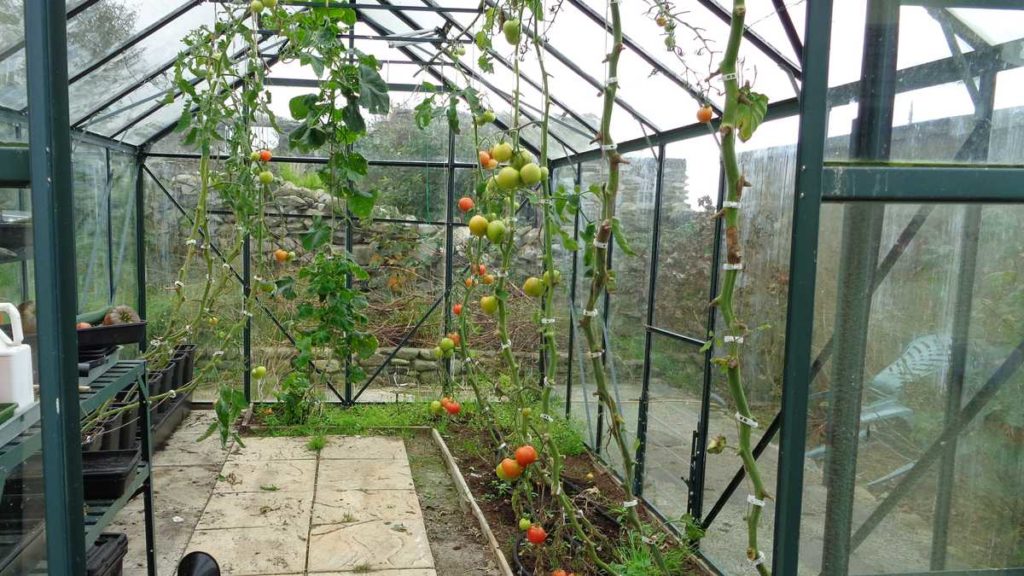 The greenhouse is looking a lot less crowded with 4 plants gone and the tomatoes de-leafed.

This is a difficult time of year here for the greenhouse and the polytunnel. It’s still reasonably warm but it’s wet and humid – the perfect conditions for botrytis and fungal problems. Ventilation is what everyone says but it’s not that warm and anyway, the air is humid.

I stopped – removed the growing point from the tomatoes a while back to concentrate their efforts into fruiting and later removed some leaves. This allows more sunlight to the fruits which encourages ripening. It also seems to convince the plants to swell fruits – perhaps it ‘thinks’ it’s reaching the end.

As we’re reaching the end of the season now, I’ve removed most of the remaining leaves to concentrate the plant’s efforts into swelling the remaining fruits and ripening them. I think I’ll be able to clear the greenhouse by the end of the month and give it a good clean.

Four of the tomato plants had near enough finished with just a couple of fruits left on them. Took the fruits  inside to finish ripening. The plants went in to the Hotbin composter, so the greenhouse is looking a lot less crowded.