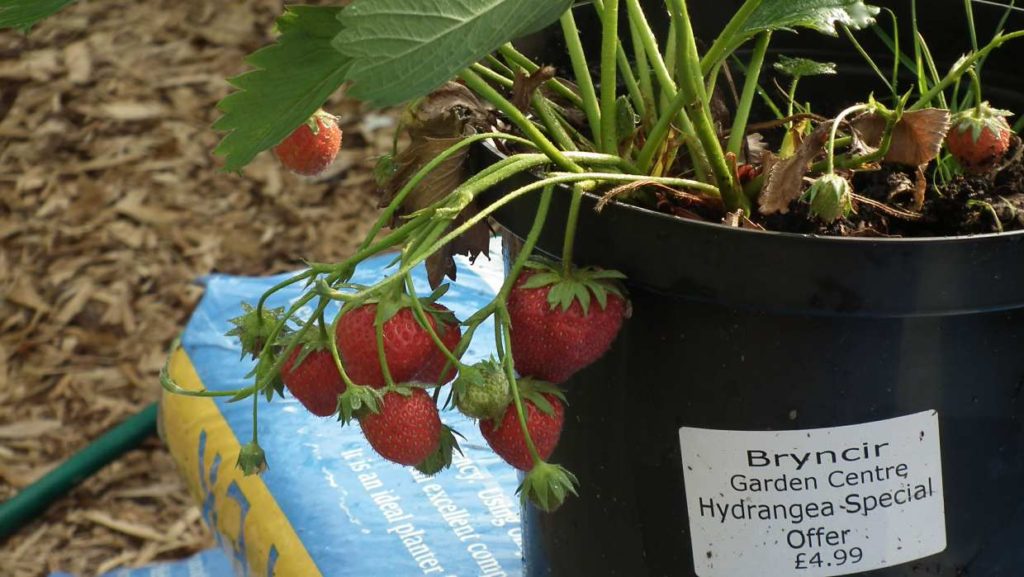 Yesterday (Wednesday) was the summer solstice, the longest day of the year. It’s hard to believe that the nights will be drawing in again now until the winter solstice when the cycle of the year starts again. If you’re interested I explain the solstices and equinoxes in my article on day length. 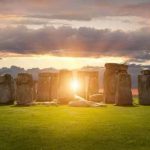 Effects of Light Levels When Growing Vegetables and Other Plants Out of Season. Including a day length chart and an explanation of the winter and summer solstices and the spring and autumn equinoxes.
Read more

Well the heatwave has broken which is coming as a relief. Since we moved to the wet west of Wales I’ve been doing little apart from moaning about the rain so I suppose complaining about the heat and sun would be a little churlish. Apparently Wednesday was the hottest June day since 1976

Unlike that wonderful summer of 1976 we’ve had plenty of rain as well as sun so everything is green at least. Not even a threat of a hosepipe ban.. yet. Strangely I don’t really remember the hosepipe bans and many getting water from standpipes as the shortage became critical. Just wonderful, sunny hot days and sultry nights. Mind you, I was a little younger back then.

One nasty side effect of this short-sleeve wearing weather is we’ve got some horse flies about. One got me 3 times on the arms. Horrid things. Big itchy lumps.

I’ve had a few problems in the polytunnel. First of all the broad beans have grown too high and now the pods are filling fast, some stems have collapsed. So the immature pods on those stems are wasted. Perhaps a dwarf variety like The Sutton would have been better.

Another problem is with the plum Roma tomatoes. They’ve grown better than expected -really big- as well so are taking more space, crowding other crops. Better than not growing though! I think the chill out has really helped them through the heatwave which was too hot for tomatoes.

This year is very much a learning experience with the polytunnel, that’s why I’ve grown some things that would do perfectly well outside. Testing the possibilities. The mistakes are helpful in the sense I won’t make them again. Next year should be even more productive now I understand better how to control temperature in there, timings and spacings. 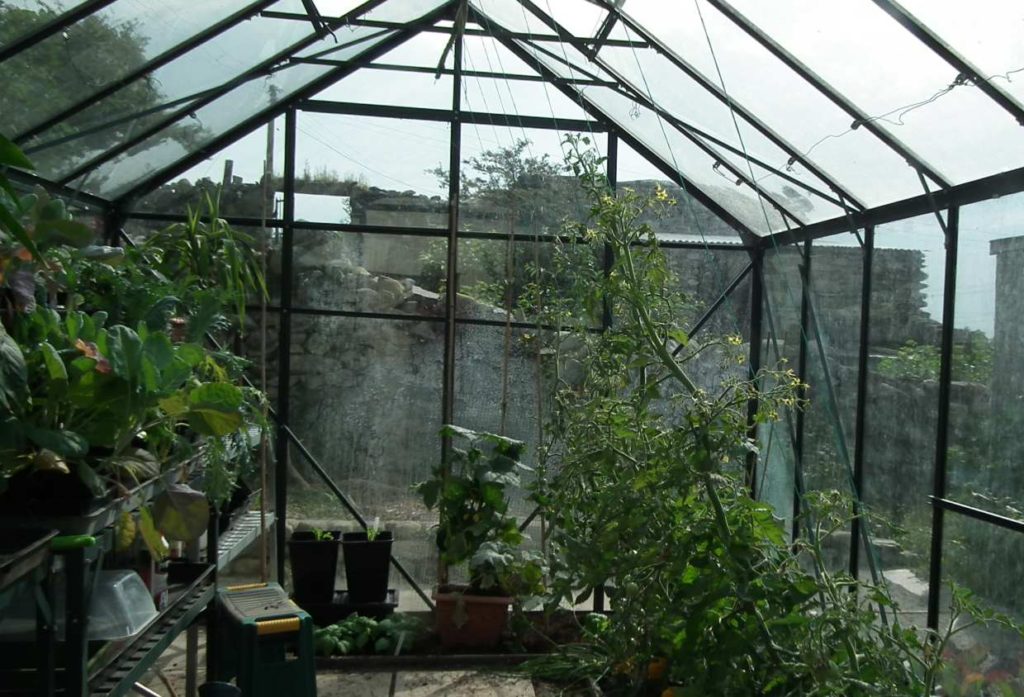 Tomatoes in Greenhouse getting near to the top!

The greenhouse isn’t exempt from problems due to over-heating. It is easier to control ventilation in a greenhouse with automatic vent openers etc. but when it’s hitting 25ºC outside the inside temperature rockets.

The only answer is to copy the mist effect I’ve been using as climate control in the polytunnel by spraying with the hosepipe. I’m not worried about humidity when it’s like this, the surfaces are bone dry in half an hour when it stops.

The Sungold tomatoes are getting towards the top of the string supports now. They’re such an easy tomato to grow as well as being so sweet. They’re very fast too, always beating the rest to ripe fruit. Actually had one the other day. I suppose I should have snapped a photo but before I could it was in my mouth.

I expect my grandson will be raiding them soon enough. Got to be healthier than sweets for him. He’s already enjoying the first strawberries. I’ve a couple of pots in the polytunnel which have ripe fruit but the outside berries aren’t that far behind them. 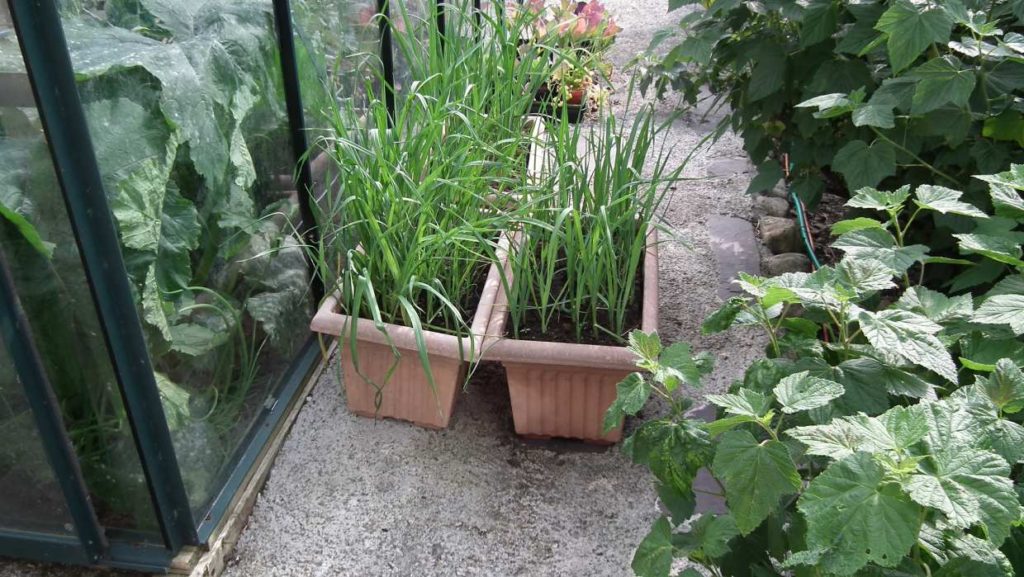 Leeks Ready to Plant Out

When will I learn? ONE courgette plant is more than enough!! I’ve got two, one in the polytunnel and the other in the greenhouse. Both are huge in comparison with outside grown courgettes which haven’t performed well here anyway.