Organic Hydroponics – Is it possible? 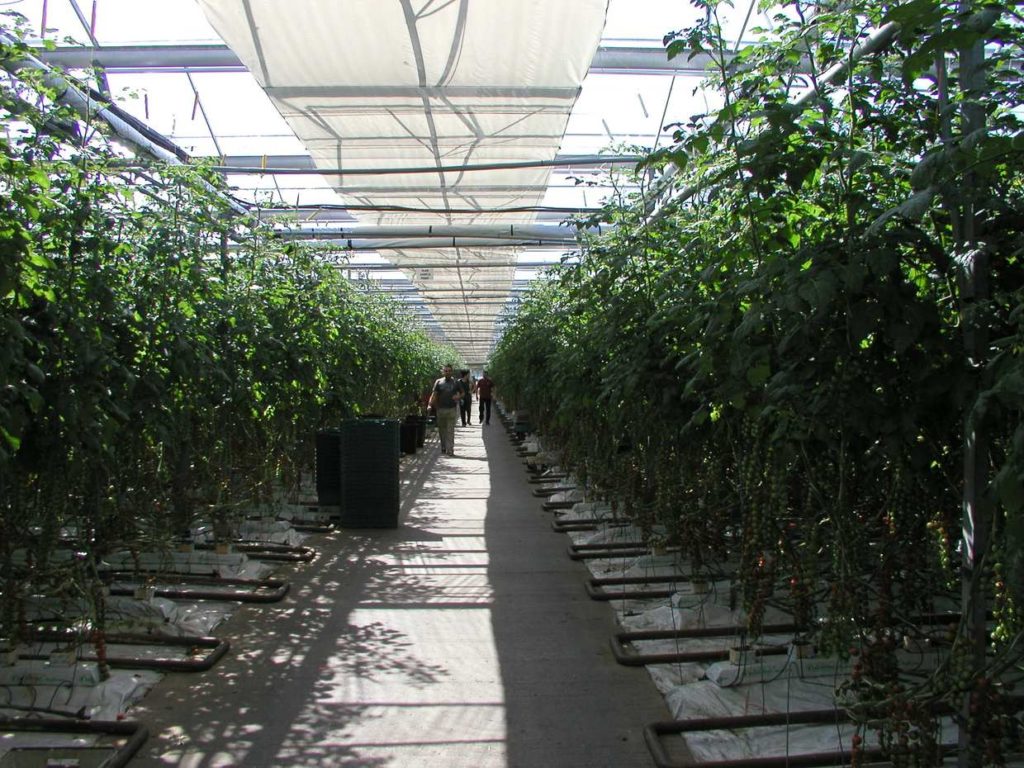 Hydroponic Growing of Tomatoes under Glass

I had an email that posed an interesting question: is it possible to grow organically and hydroponically? So my thoughts on whether it is possible to combine organic methods with hydroponic growing.

Most commercial tomato growers in Northern Europe grow hydroponically in climate controlled glasshouses. Typically these are very large, measured in hectares rather then feet.

The grafted plants roots are in pipes through which the aerated nutrient water is pumped. A standard set-up will have a central sump into which chemical fertilisers and growth promoters are added. The NPK levels etc. are constantly monitored and the flow rate adjusted according to uptake by the plants by a computer control system.

For winter production grow lights are used and atmospheric CO2 levels raised using exhaust from the heating system. It’s high-tech, high-input production – about as far from natural and organic growing as you can imagine.

Now I know that some innovators are developing systems where a range of crops, mainly salads, are grown hydroponically along with fish farming. The waste products from the fish feed the crops but there’s a high level of input to feed the fish. Unfortunately most of this fish feed is based on soya and ecologically soya is terrible.

Soya for animal feed is now mainly coming from vast monoculture farms in the Amazon. It’s a crime against the planet in my opinion powered by greed. Plundering and destroying a rain forest resource that took thousands, perhaps hundreds of thousands of years to form – all for a quick buck and to put cheap meat on our table.

It strikes me as self-evident that to be described as organic, any growing system must be sustainable and not damaging to the environment as well as not using artificial fertilisers and pesticides etc. The fish waste hydroponic growing could be made to fit those constraints by feeding the fish from sustainable sources.

There is another option that could work to offer an organic alternative to conventional hydroponic growing. Instead of using the artificial fertilisers that form the nutrients for hydroponics, to use natural liquid feeds. Worm farm exudate liquid, comfrey liquid, nettle liquid and muck teas are all candidates.

The big problem with using those natural liquid fertilisers is one of getting the mix right. Each batch will vary and so the nutrient levels will not always be optimum. So crops grown hydroponically using organic feed probably will not grow as well as conventionally grown, although the organically grown may well be better for you. The reason I say that is crops can only contain minerals that have been available to the plants; which is healthiest in terms of micro-nutrients and mineral content for us: organically grown or artificially fertilised?

So for my money, it’s possible to grow both hydroponically and organically but it would require a high level of experience and intuition. In essence, hydroponics are the opposite of organic growing. Great for the production of consistent good-looking crops for the supermarket shelves but not the method for organic growers.

What do you think? Comments very welcome.

Leave a Comment Here on Organic Hydroponics – Is it possible? Cancel reply