We got back on Thursday night from our visit to Lanzarote, researching into low water, high temperature gardening. OK, I admit it – we sneaked a few minutes to lie on the beach and by the pool as well.

Lanzarote is a volcanic island and a couple of hundred years ago they had some major eruptions that covered the most fertile agricultural land in 30 feet of molten lava. Imagine watching your farm disappear under a moving river 6 miles wide at 800 degrees C. What’s left looks like the surface of the Moon or Mars, fields of broken rocks and slopes of fine gravel.

If you go to Lanzarote, don’t miss the crater tour at Timanfaya. You’re not allowed to drive around in a car, it’s on coaches only and the reason is that the Timanfaya national park is of great scientific interest, tourists trudging around would mess up the research. The scientists are documenting how long it takes for life to colonise the lava fields and break them down to the fertile soil that surrounds older volcanoes like Vesuvius.  They reckon a few hundred years to go at least!

There is little agriculture now on Lanzarote, with the only source of fresh water being the desalination plant. Rainfall is minimal, about 4 inches a year, so no rivers or reservoirs to take water from. Water is too expensive for agricultural irrigation. 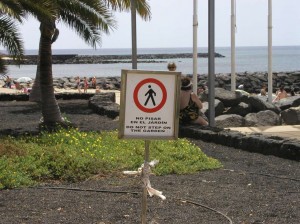 In the resorts they do irrigate the gardens. They pipe the water direct to the plant’s roots, which is the most efficient method, no sprinklers. The photo on the right made me wonder if the tourists had been trying an alternative irrigation method, at first!

We did find a few vegetable gardens about and the only real agriculture left on the island are vineyards. The way they grow ingenious and surprisingly effective.

They have 2 main problems to growing, water and wind. The trade winds blow across the island, which is great for cooling you down under the blazing sun. To protect the plants, including the grape vines, they build windbreak walls from the lava rocks.

Water, as I said above, is too expensive for agricultural irrigation. However they have masses (I mean masses) of black volcanic gravel. It’s very similar to vermiculite in size and very light. They spread this about 2 inches thick over the sandy, stony soil and it causes dew to condense and trickle down between the gravel mulch. This mulch stops the water from evaporating away in the day and so provides enough for low density growing. See the photos below.

We’d spoken to our daughter, Cara, a few times whilst we were away but on our return she had to break the sad news that our latest cat Tommy, who had visited me on the plot just before we left had been killed by a car two days into the holiday.

Tommy hadn’t been with us long, but he’d already captured a place in our hearts. Sadly we haven’t got a photo, he was black and white with incredibly long legs and a funny pink smudge on his nose as well as a distinctive hoarse meow and he was just beginning to really trust us. Some tears from us all.

I’m ploughing through the 750 emails that arrived in my inbox when I switched the computer on. After getting rid of the Russian ladies looking to meet me, circulars and offers and so forth I’m down to the last 150. Please don’t expect a quick reply to emails for a bit! 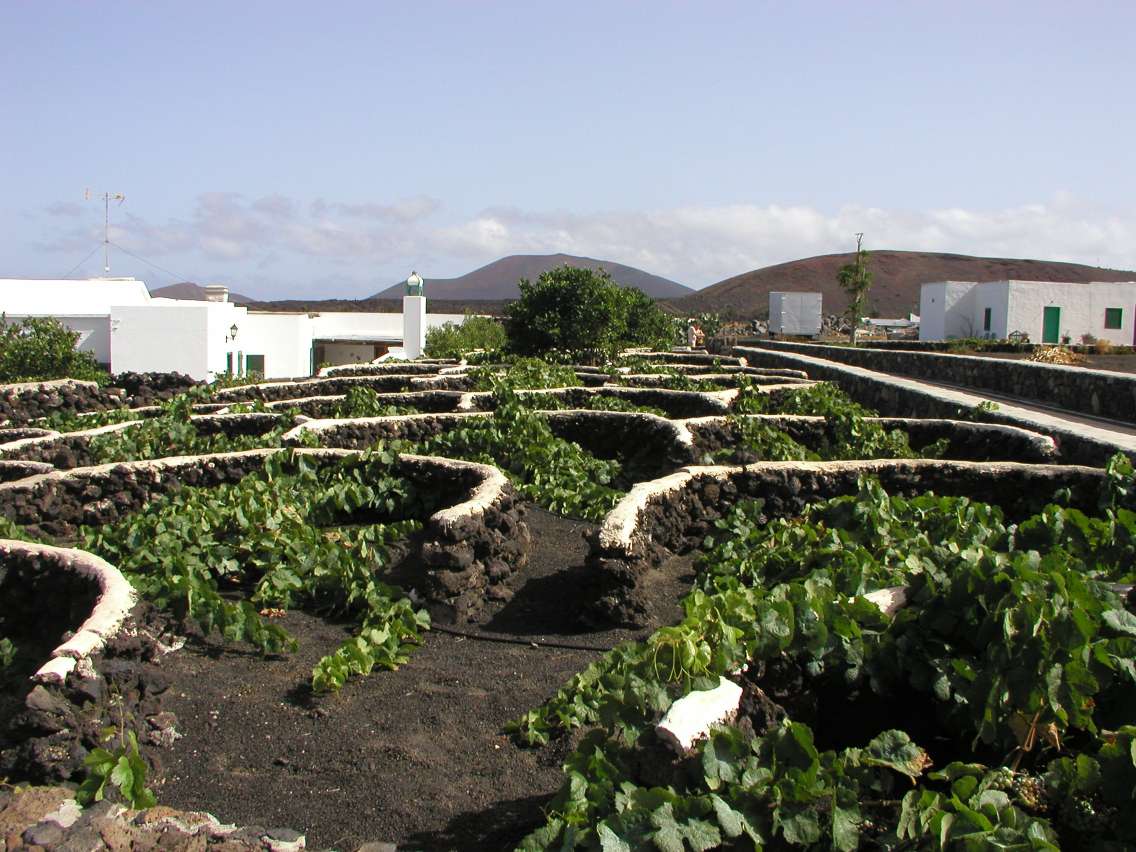 Windbreaks around vines in Lanzarote 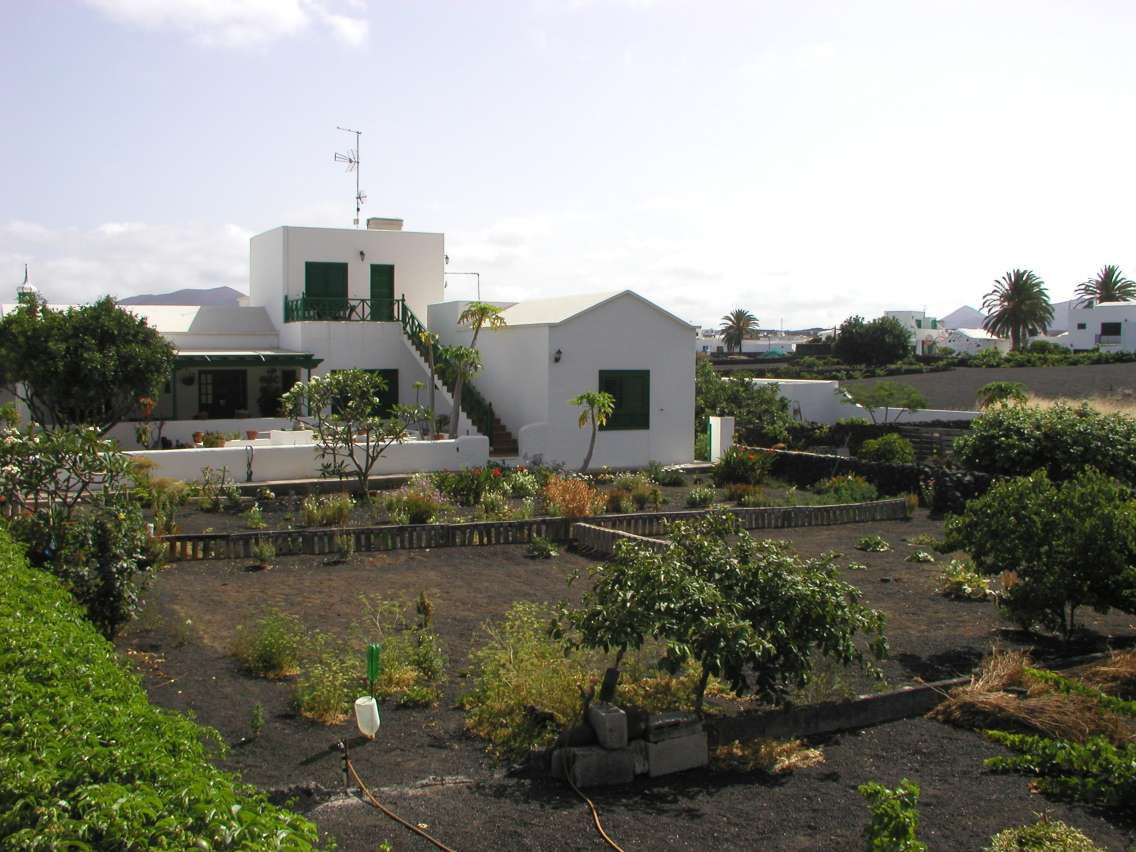 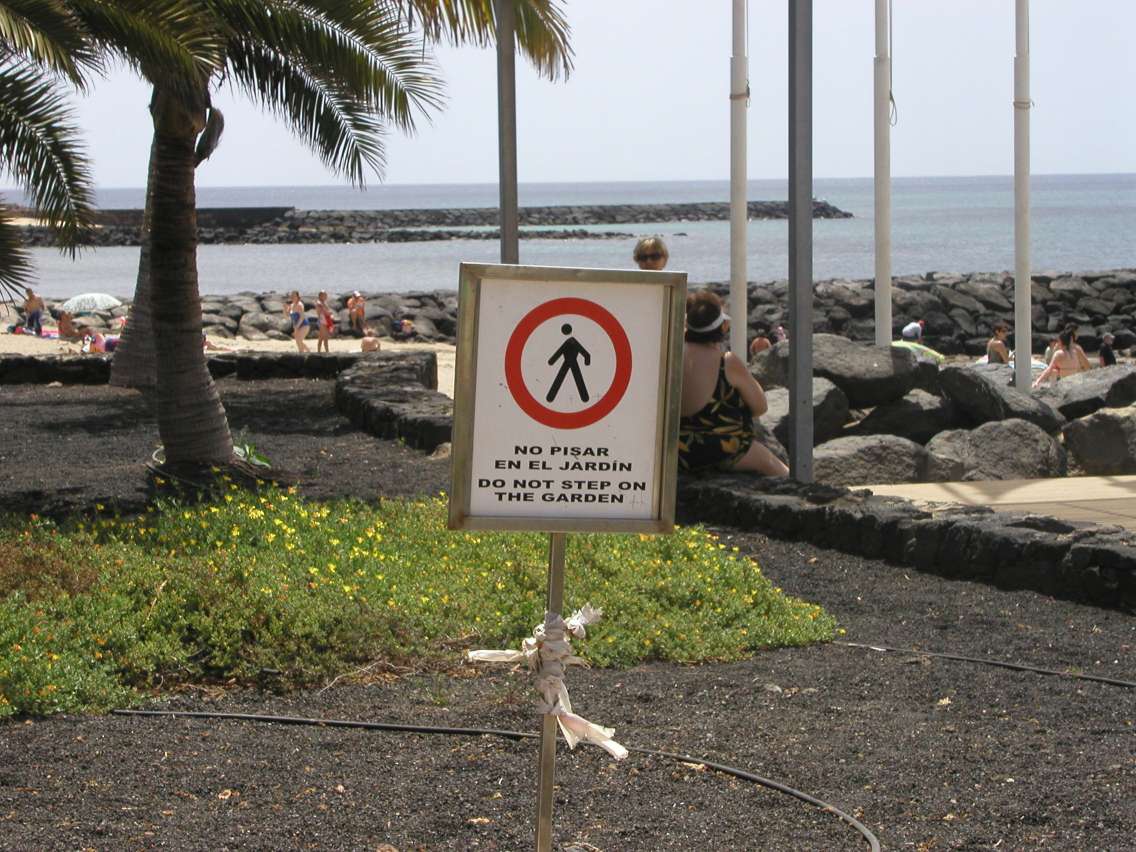 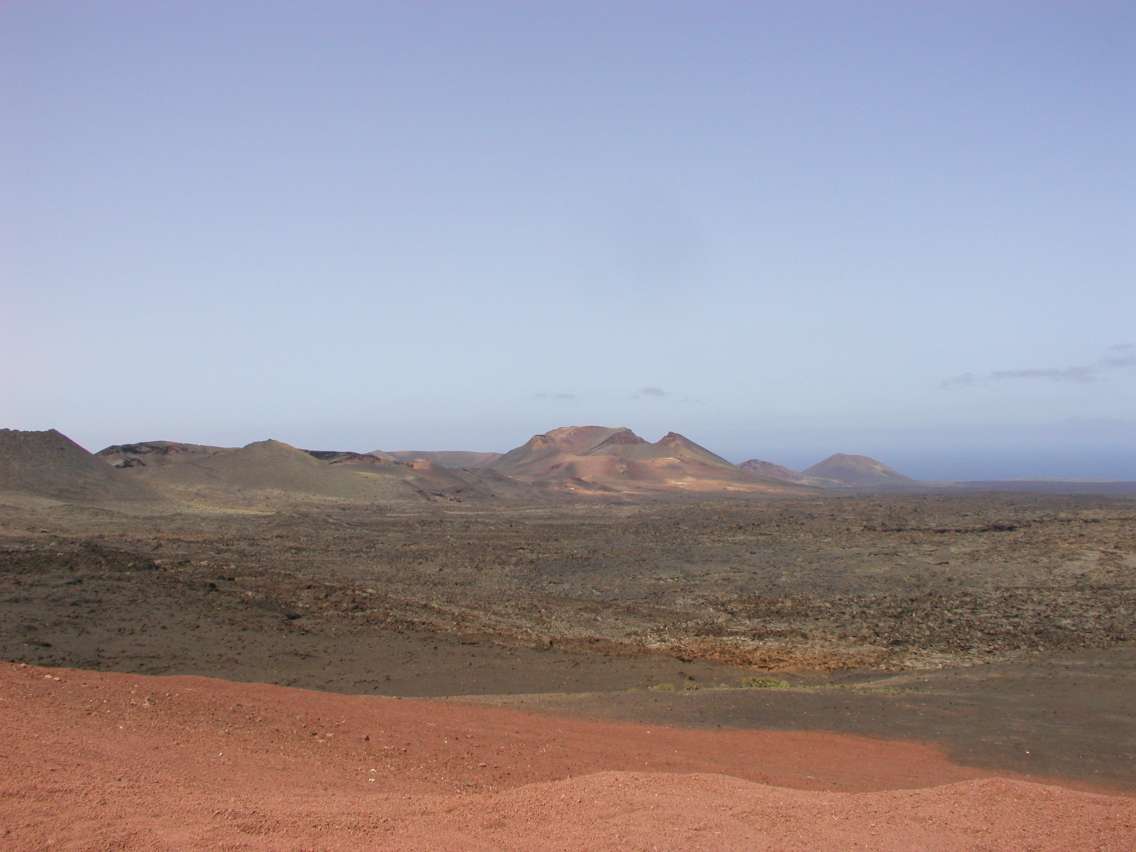 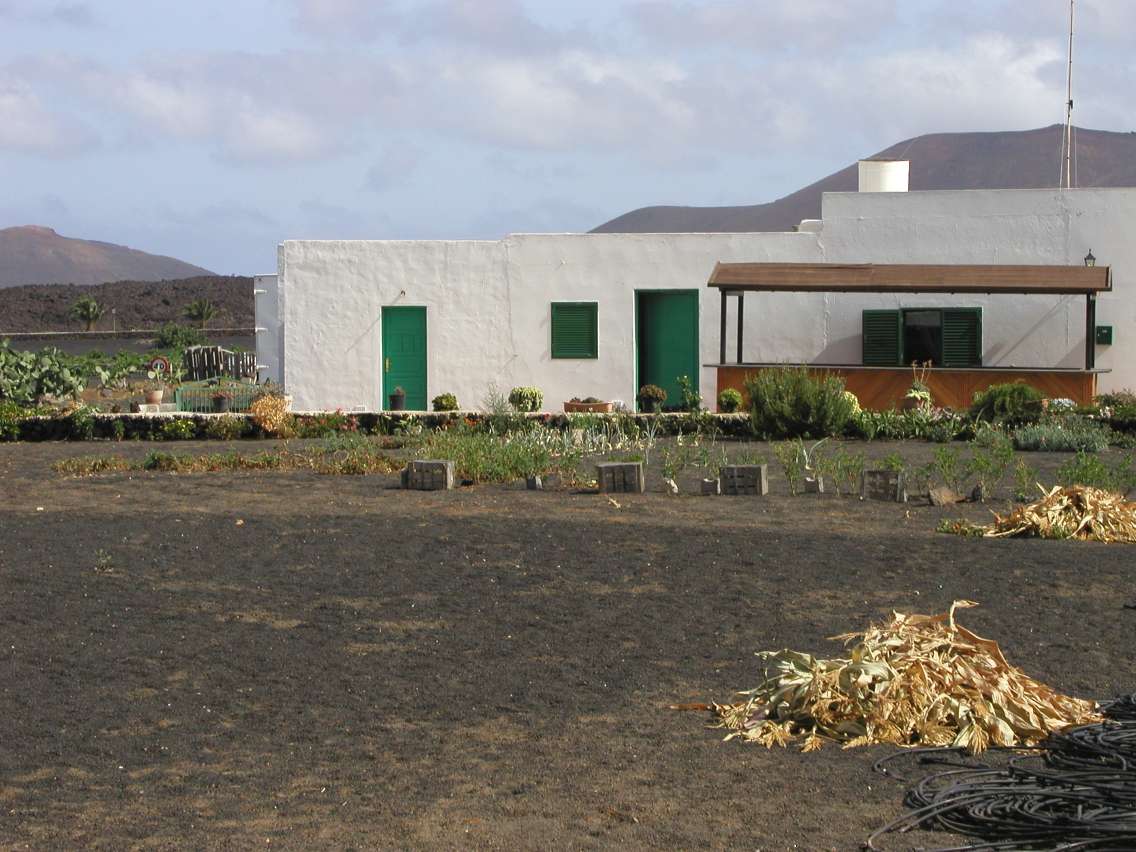 9 comments on “Back from Lanzarote”

Leave a Comment Here on Back from Lanzarote Cancel reply