From Drought to Flood

From Drought to Flood 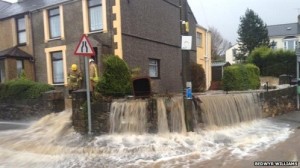 Just two weeks ago the ground was dry and the sun strong. So, like most gardeners, I was moaning that we needed some rain. I certainly got my wish – since then we’ve had 270mm of rain – that’s 10 ½ inches in real money! 270 litres per square metre or near 50 gallons per square yard if you prefer.

When you think about it in terms of gallons per square yard, you realise how flash floods happen when we get torrential rain. With us the problem is that we’re on a slope so once the soil is saturated we get sheets of water pouring down the hillside.

Next time it rains, think that an inch of rain is the same as pouring just under 5 gallons on a square yard or, for younger readers, each centimetre of rain is 10 litres per square metre!

We’ve had a bit of a storm too. Not a really bad one but enough to flatten some broad beans and strip some leaves from the trees. Even some lettuces were hammered! Happily the greenhouse was battened down ready and the polytunnel isn’t bothered by wind so long as the doors are secured. 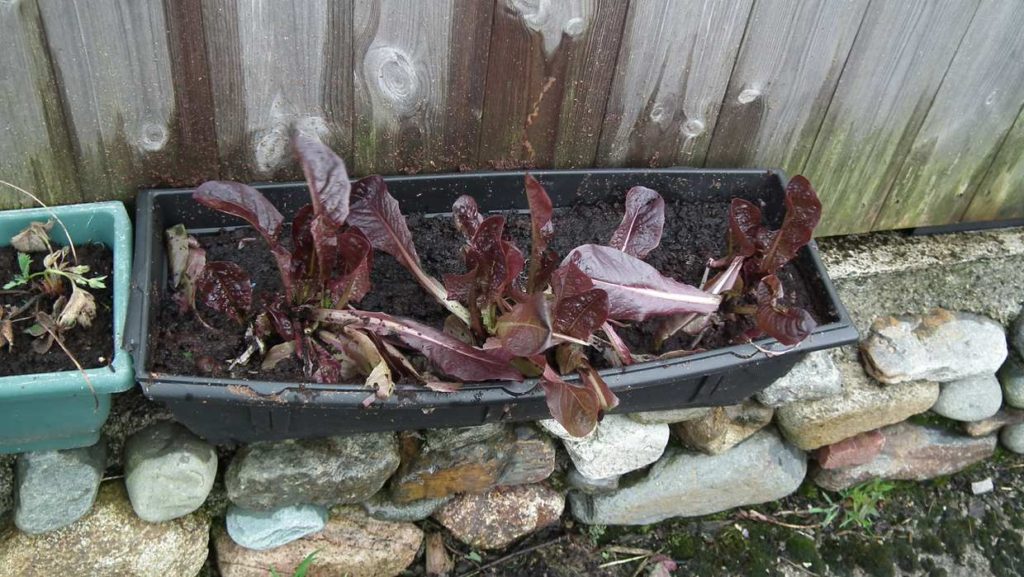 They polytunnel and greenhouse are great but they are too warm for some crops. On the other hand the exposed conditions here are tough for things in the open. So I’m thinking along the lines of net tunnels to provide shelter from the wind and some large fixed coldframes that won’t blow away.

Net tunnels are basically polytunnels but instead of a solid skin they have windbreak netting which reduces the power of the wind but doesn’t stop it altogether. They don’t need to be as strong as a polytunnel because they allow most of the wind to pass through, reducing the force acting on the structure. Neither do they need watering as a polytunnel does since rain can penetrate the netting. They do tend to be little warmer than outside though as there is less windchill but they don’t overheat when the sun shines.

The main problem is that the jobs list keeps growing faster than my ability to get them done!

You might have noticed we had an election vote on Thursday. Now the result was a bit of a surprise and like the previous election nobody quite credited the exit poll. I thought I’d just wait and see how the first results were and if they matched the poll before going to bed.

Well that was the plan but by 5.30 am the sun was shining and the birds twittering to each other from the trees. I considered just staying up, maybe 30 years ago but not now. I knew I’d just crash in an hour or two so went up and opened the polytunnel to ventilate it before heading for bed. Arose just after 11 am and spent the day doing a convincing imitation of a zombie trying to garden!

We’ve got 2 strimmers so buying another one may seem a little odd. Stamp collecting or vintage cars is one thing but strimmers?? Well the fact is that I’ve not got a strimmer that’s ideal.

We’ve a little corded electric flymo strimmer that is OK for lawn edges and so forth near to an electric socket but it’s always a bit of a game pulling the lead to reach things. Much of where I want to use it is far from a socket so that It’s not very powerful but we rarely need a lot of power.

The other strimmer is a 2 stroke, petrol engined brushcutter. It has a thick line that will cut through most things and a metal blade that goes through near anything else. To use this I really have to wear a helmet with face guard and ear defenders. Gloves as well for prolonged use too because of the vibrations.

Like many modern petrol engines it can be temperamental to start. I just don’t have the mechanical gene. The exception is my 1976 Merry Tiller with its Briggs & Stratton engine that never lets me down. It might not be as efficient but it’s a heck of a lot easier and cheaper to maintain.

The main use for the petrol strimmer is where it is out of reach of a cord. That’s up by the veg plots and I use it to go across the field taking down nettles and thistles. There aren’t many thistles so my hand sickle is adequate for them really.

The answer was to get a battery powered machine – you can see a review of it here.

Leave a Comment Here on From Drought to Flood Cancel reply