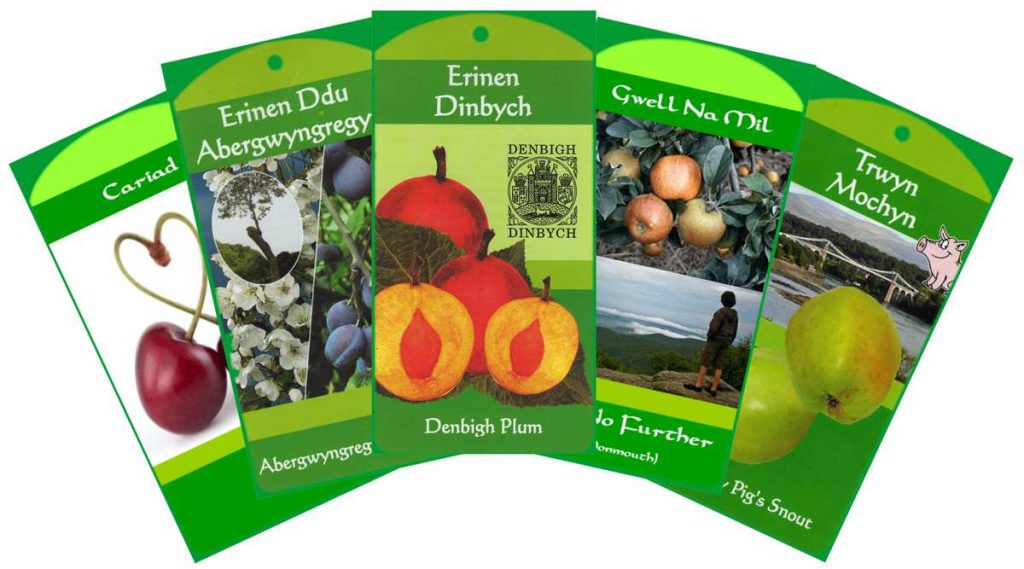 Winter is the best time of year for planting trees. With pot grown trees you can plant at any time of the year, but I think even they do a bit better planted when dormant. With bare rooted trees planting when they’re not dormant is risky at best. I’d say doomed to failure but someone is bound to say they succeeded if I do.

Those supermarket offer trees look great. They’re in excellent condition and very cheap. Sometimes you can save £10 on a tree compared to a specialist, which works out to around 30p a year over the tree’s life. How many apples or pears or plums can you buy for 30p?

The problem with them is that they’re unlikely to fruit or grow as well in our climate as they’ve done when coddled in a foreign nursery. Many of our garden centres don’t help, although you can’t blame them for selling what people want to buy (cheap) rather than what they should buy – plants of quality suited to the locality and producing flavoursome fruit you can’t buy in the shops.

If you live in Kent, the garden county of England, you can grow whatever you want but up north or in the challenging conditions of places like Snowdonia and Cumbria you really need to buy varieties that are tough enough to cope. Varieties selected and proven over the years to handle your conditions.

Now to be honest, even Ian was shaking his head at our conditions. Exposed at 218 metres above sea level is very different to 50 or even 100 metres. Still, where they’re going is fairly sheltered and by using a stronger rootstock we hope to compensate for our poor conditions. He reckons the apples and damson will be OK but was dubious about the plum. Still, worth a try.

I’ve got the following, in addition to the Bardsey apple I got the year before last:

Apple “Seek no Further” (Gwell Na Mil). An eater that also cooks well from the 1700s.

Damson “Abergwyngregyn” A self fertile from Llanfairfechan where an old tree, probably 200 years old, was discovered.

Denbigh Plum. Dating back to at least 1785, Ian rediscovered the plum and now there’s an annual plum festival in Denbigh. Denbigh does have good soil so a bit of improvement with compost before planting may improve my chances.

Cariad Cherry. The last on the list of Ian’s trees is a self-fertile sweet cherry that he has developed to do well in the Welsh climate. He crossed Stella, a lovely cherry we had in the garden at Crewe, with Napoleon Bigarreau and the result was then crossed with Devon Mazzard. It’s on the new Gisela 5 very dwarfing rootstock (around 40% more dwarfing than Colt) and will be grown in the polytunnel. Apparently polytunnel growing of cherries is becoming popular with the farmers as they get earlier, better crops and have the new Gisela 5 rootstock to keep the trees to a manageable size.

As well as the Welsh heritage fruit trees, we’ve planted 24 rowan trees at the front by the road behind the new fence. These will eventually form an attractive screen and some wind shelter plus a crop of berries for the birds. 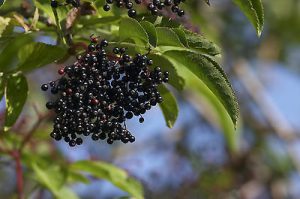 Over on the other side in the area where the veg garden and polytunnel live, we’ve planted a dozen elderberry trees as a sort of windbreaking hedge at the top between some rather big ash trees. So far they’re untouched by the dreaded ash die-back disease.

Elderberry wine and elder flower champagne in a few years with a bit of luck and a surplus for the birds when they’re waiting for the rowan berries to arrive. 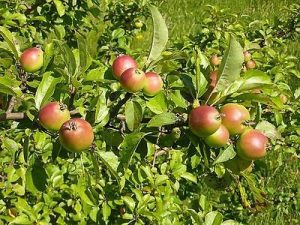 We’ve also got half a dozen crab apples in pots. Native Malus Sylverstris I was tempted to just plant them directly but I think another year’s growth will be useful before they face the big wide world.

Hopefully they’ll help with pollination of the heritage apples and perhaps provide some crab apple jelly for us.

It’s funny to think that by the time all these trees are starting to be properly productive, I’ll be retired… in theory at least!