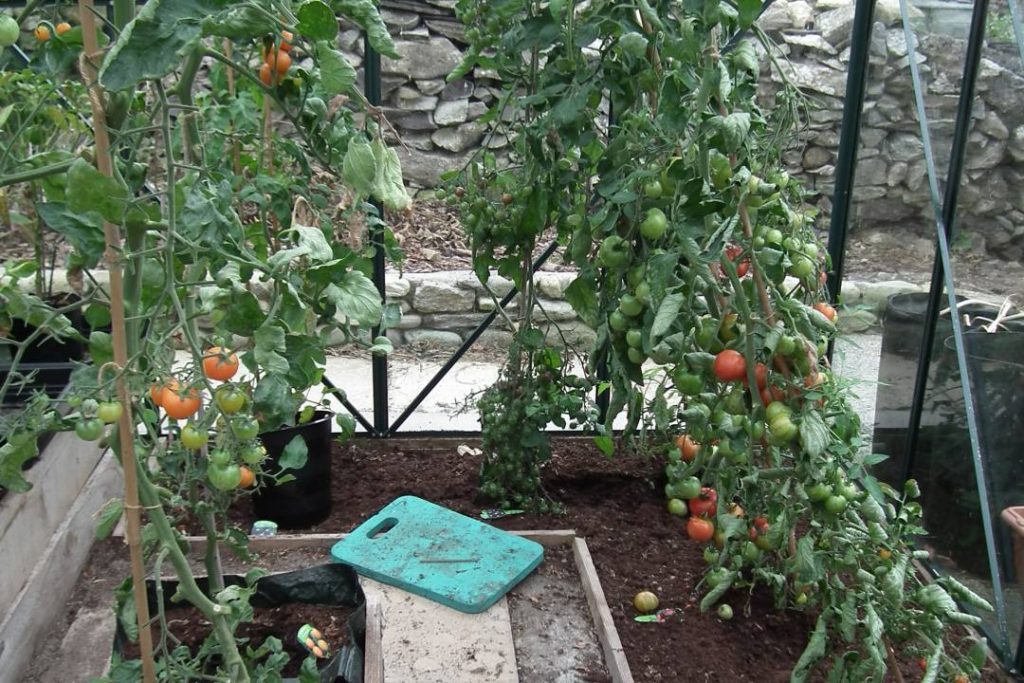 Saturday didn’t start too well but it brightened up around lunch time, so once more into the breach. Started in the greenhouse with feeding and removing a few more side shoots from the tomatoes.

The Ailsa Craig are ripening well and some of the striped stuffers are quite large which is great. Took another 4 cucumbers inside as well. There’s no really good way to store cucumbers so we need to use them up. Looks like hot cucumber soup coming up

The next job was one I’ve been putting off for too long, weeding the paths between the raised beds. All I’ve done is put a few inches thick layer of bark peelings (like wood chips) down. No weed mat or suchlike under the chips because I want them to rot down.

They take anything up to a couple of years to rot but when they’ve done so they leave a really nice, humus rich soil. Low in nutrients, which is easily corrected, but lovely structure.

They do need topping up and my cunning plan is to eventually move the raise beds leaving behind a large plot of decent soil to grow on. I reckon another 5 years before that.

The main weed problem in the paths is grass. It’s tough stuff here and covers anything that doesn’t move. The roots spread into a mat in the chippings so pulling the grass up pulls up some of the chippings. Not so bad, it all goes onto the compost heap but I need another load to top up now.

My neighbour has kindly offered to drop down to the Glasfryn sawmill with me and his huge trailer. I’ve a small (6×4) trailer but he’s got a big 2 tonne tipper job and a large 4×4 to tow it with. I reckon his one load saves me 6. 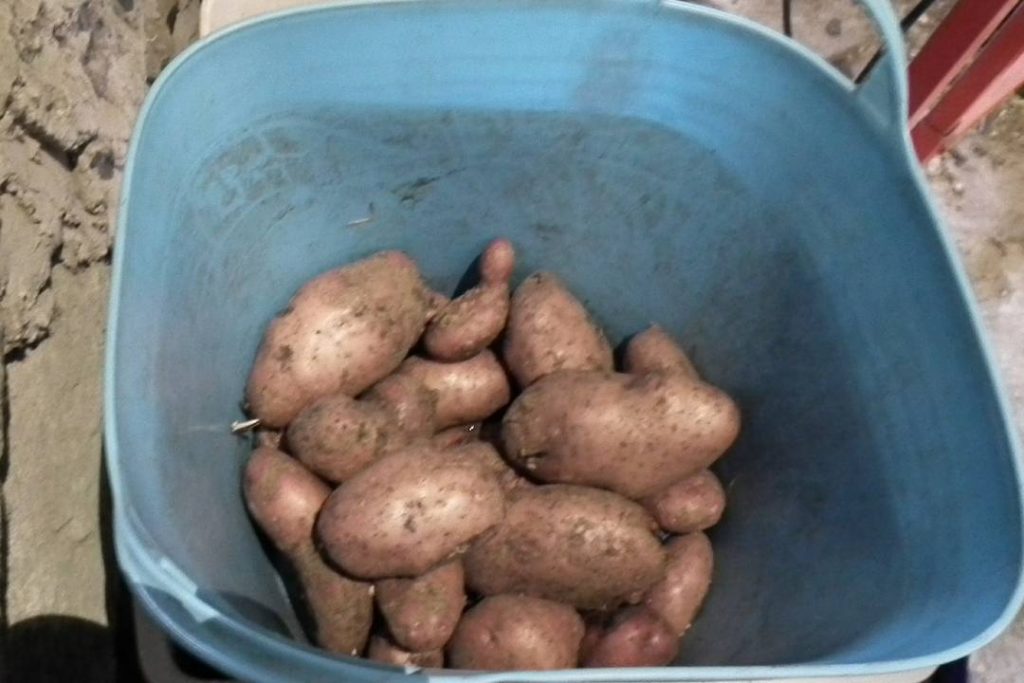 Sarpo Mira Potatoes – Free! Maybe not pretty but good to eat and the price is right.

One of the raised beds must have had a traveller – that’s a potato left in the ground when they were harvested. It doesn’t seem to matter how careful, there’s always one or two who evade capture.

The traveller had grown quite large hidden away in the broad beans and I only really noticed it when harvesting them. I decided to just let it grow on, well it wasn’t doing any harm. Result! I got an amazing crop from it, half a trug full. There must be 5 kilos at least of decent large potatoes. Sarpo Mira – grows better than the weeds!

Sunday was not the most productive day. I managed to pull a muscle in my shoulder somehow and didn’t feel up to anything heavy. Even hoeing was hurting so the arrival of rain was more relief than annoyance.