Bad Sheep & We’ve Got The Power

When we moved here we found the sheep and lambs arriving in spring lovely. The little lambs chasing their mums around the fields, tails wagging frantically as they drank, jumping and gambolling – sweet. 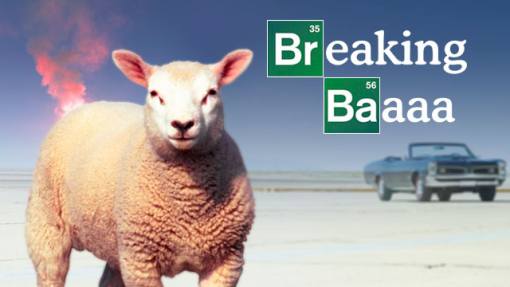 After 5 years they’ve lost some of their charm. Now it’s a matter of dread. When and how are the blasted beasts going to get into the garden this time? What damage will they do. Sheep don’t just eat grass – they’ll devastate a bed of brassicas, munch away on prize fruit trees and reduce a flower border to a few lumps of manure in minutes.

The local farmer’s attitude quite frankly stinks. He thinks it’s up to everyone else to fence out his stock and can’t see why he should be responsible for their damage. Strangely his approach is backed to the hilt by the NFU who reply to letters for him 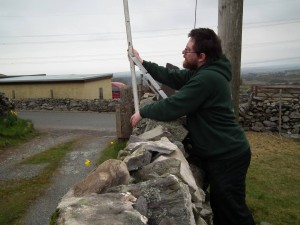 Farmers are quick to play the sympathy card, the poor hard done by dairy farmers and so forth but when it comes to taking responsibility for their behaviour it’s a different story.

Don’t get me wrong, I believe passionately in supporting British farmers and local, seasonal food but farmers need to be good neighbours and environmentally conscious if they want public support.

Anyway, we’re spending the best part of a thousand pounds on repairing walls damaged by sheep and stock-proofing the boundary by inserting brackets and stringing barbed wire between them above the walls. Subsidising his business from my retirement fund.

If they still get in then I’m really tempted to plant some yew trees. Yew trees are very poisonous and just a few mouthfuls will kill a sheep – or a cow. That’s why you often find yew trees in churchyards. It makes the local farmers stop their livestock straying. Perhaps being asked to pick up the corpses will prompt him to control his own stock.

We’ve got the power!

One of the first jobs we did when we moved was to renovate the old cowsheds behind the house. As part of that we took power to an outside socket which was handy to the greenhouse. Power went into the greenhouse via an extension cable.

Later on the greenhouse blew down in a storm and I realised I was concentrating my efforts on the wrong place. It’s just too exposed where it was. The replacement greenhouse and new potting shed are on the other side of the property where it’s more sheltered.

Now a greenhouse is useful but the ability to control temperature is fantastic. With power I can keep the house frost-free if I want and germinate seeds etc. using the temperature controlled electric propagators.

Now I spoke to an electrician back in January who promised to come and run power to an outside socket for me in early February. After a number of ‘next week’ promises he just stopped returning calls and we were in mid-March. Anyway, found another electrician who actually turned up and did the job.

My plan was to run the power from the cow-shed, but the professional tapped off the circuit in the loft, drilled through the wall and dropped down to the outside toilet in conduit. His drill was like something they use to break into bank vaults in the films, massive, and the bit about four feet long.

So now we have a light in the outside loo, an outside socket handy for the greenhouse and potting shed and a floodlight high on the wall to illuminate the greenhouse area, which is useful. Shame it wasn’t done back in February as planned when I needed it.

8 comments on “Bad Sheep & We’ve Got The Power”