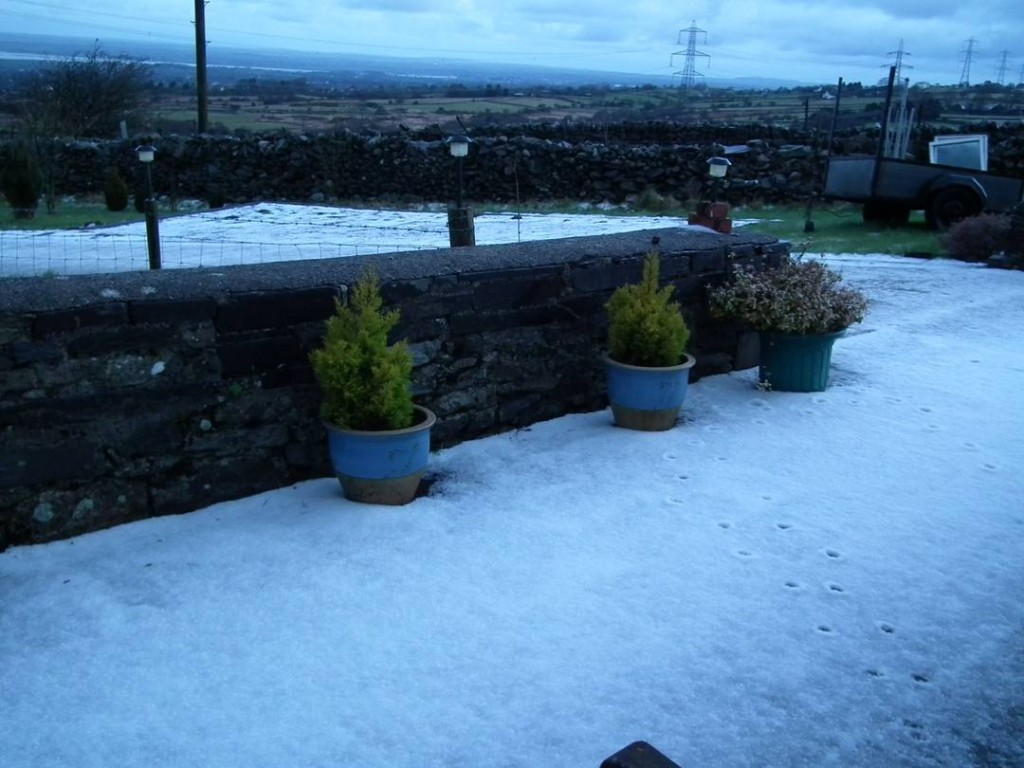 Yesterday turned into a classic spring day. The sun was shining and the birds singing their hearts out. As near perfect as you could hope for. Strange considering that the south of Britain was suffering Storm Katie and finding out what our winds can be like here.

My son-in-law continued building the Berlin wall for sheep, stringing barbed wire whilst my grandson gave me a hand planting up another bed of onions. I was planting this bed with Sturon sets that Medwyn gave me.

As I moved down the row popping each set in, grandson followed behind pulling them up and carefully putting them back into bag. We had a little chat about how they would grow in the soil but not in the bag.

After this he started planting the sets. Side by side. I think we’ll leave the concept of spacing for another day! Once he’d gone home for tea I soon sorted it out. Netted up the bed and as it was beginning to get a little chilly, headed for the potting shed.

I forgot to diary (it’s me age!) sowing my leeks last week. Usually I sow thinly in troughs of compost and then split them up and plant out when they’re ready. This year I’m taking a different approach.

I’ve sown them into 15 to a seed tray modules, a couple or three seeds each. These will get thinned to one and the modules will be transplanted into a seed bed to grow on prior to final planting out.

It’s a bit of an experiment to see if I get better results this way than my usual but without too much extra effort. I’m growing for table not show so I don’t want to go to great lengths.

With the weather the way it’s been this year I’ve yet to sow my broad beans and time is moving on. To compensate and get them off to a quick start I’m sowing in pots which will stay in the greenhouse until germinated.

The weather forecast was set fair with a little rain for the rest of the week which is pleasing. A chance to get out and catch up with everything. So in the middle of the night we were awakened by a storm. The rain was hammering down that loudly it felt like it was in the room

This morning took the biscuit though – snow! Not a lot but enough. So much for the summer is just around the corner feeling!