I got my lawnmower back from the repair shop where he’d given it a full service and replaced a couple of parts to do with the fuel & air systems. One plastic pipe had hairline cracks that he thought would open up as it heated up, which would explain it dying when warm.

The air filter was oiled up so he replaced that and a new sparkplug. I’ve had it for about 4 years so not unreasonable, I suppose until it came to bill time. As I drove to the shop, I passed a garage offering MOT & Service for £115. The lawnmower bill was £111 including VAT!! Is it just me or is it a crazy world?

Anyway, mowed for half an hour and then stopped for a cuppa. Went back to the mower and it wouldn’t start. *!%* thing. Gave it another half hour and it started, running sweet as a nut for the next couple of hours.

I’ve now given the small field a rough cut, next time I’ll drop the mower one notch and tidy up the edges etc. If it stops again though it will be back to the shop and it may go in via the window!

Over to the potting shed where I’m battling the dreaded whiteflies whose aim is to eat my peppers and aubergines. I have sprayed with Agralan but Medwyn Williams (of Chelsea Gold Medals galore fame) suggested SB Invigorator would be better as it’s also a plant stimulator, like SM3 or Maxicrop seaweed spray so I’ll be trying that soon. 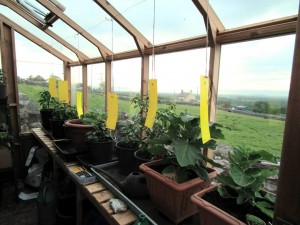 To further help I’ve hung sticky yellow card traps over the plants. First of all I screwed in some eyes to the glazing bars above the bench and then ran a piece of wire along through the eyes. This meant I could use string to tie the traps off the wire, positioning them exactly where I wanted. I’ve probably overdone it if anything but you can’t do any harm over using a passive measure like yellow sticky cards. 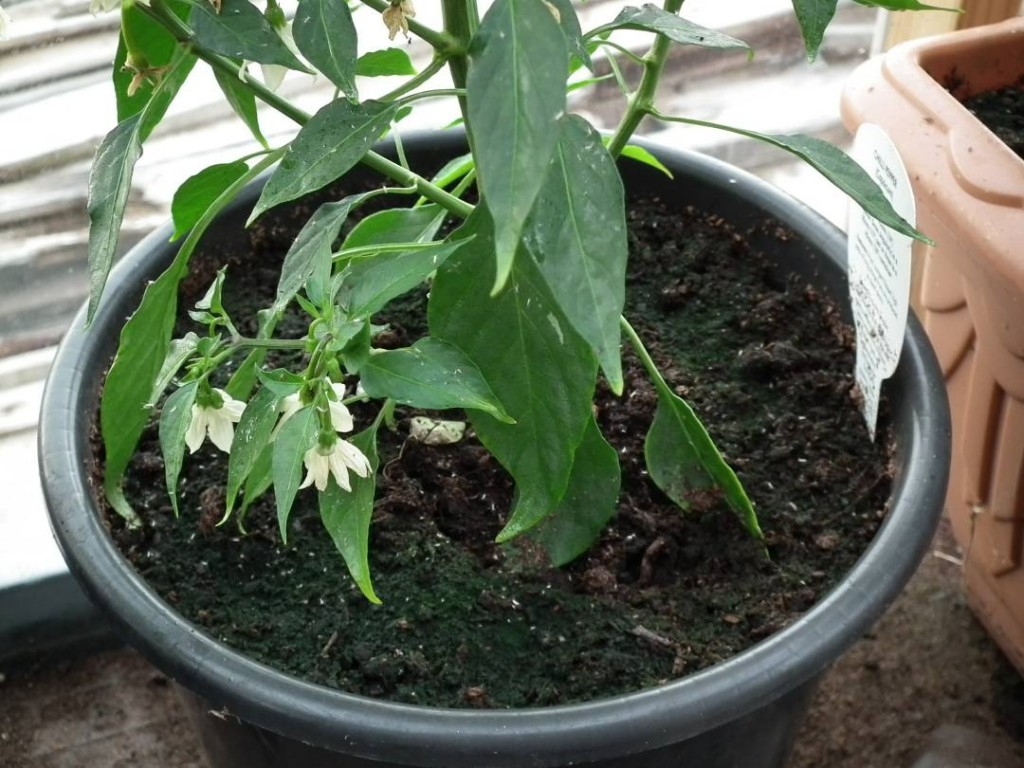 Whitefly on Pepper Leaves and Compost 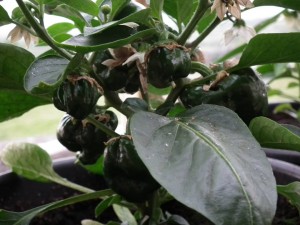 Since the peppers are starting to develop on some of the plants, it’s time to start feeding them. I just use tomato feed and from now one I’ll feed weekly as the fruits grow.

The other peppers are using energy to fight the whitefly so I gave them a little help with a feed of Miracle Gro. It’s a good booster for most plants with micro-nutrients and high in nitrogen although too much nitrogen can result in soft, sappy growth which aphids love.

Sometimes you just have to go with your intuition, there’s no single right answer. It’s a saying of mine that ask 3 gardeners and get 4 answers – I’m sure it’s pretty true.