The last couple of weeks have been hectic but satisfying. Sometimes I end a week when I don’t seem to have stopped only to wonder what I’ve actually managed to do.

The shed base had a flaw. The sub-base was open at the edges and eventually would wash out, followed inevitably by the concrete collapsing. So its been edged up with rocks and mortar, a sort of mini retaining wall, if you will.

Also getting the path by the greenhouse edged up and another mini retaining wall at the rear so the soil won’t slip down onto the path. It’s a slow job but once done it won’t need doing again in my lifetime.

Over in the left field, the new raised beds are looking good, filled with compost and the spent compost from the tomatoes and so forth. The Mantis

really comes into its own with the raised beds. For a start it’s light enough to just lift it up and put it into a bed. 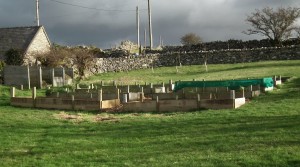 I think it must have saved me hours of forking over to mix everything up and even up the soil. 10 minutes with the Mantis and the job is done leaving the soil in a light and fluffy tilth.

There’s no sign yet of the broad beans in the large shallow bed but never say die in gardening. Anyway, it’s too late for another sowing so nothing to do until early spring next year.

I’ve 8 deep raised beds, 10’x4′, in two rows coming downhill. The second bed from the top on the left has garlic, Chesnok Red planted at 8” apart each way followed by shallots Longor and then Griselle at the same spacing.

The last bed in the row has 10 cloves of elephant garlic planted at a foot apart each way. I’ve not grown elephant garlic before so wasn’t sure of a spacing but since they are huge in comparison with ordinary garlics it seemed logical to give them the extra space.

Elephant garlic is apparently more of a leek than a garlic but the bulbs and cloves are totally garlic-like except for being huge. The flavour is that of garlic but very mild, similar to wet garlic, and they are lovely roasted in a mixed vegetable roast.

The rest of the bed is given over to ordinary garlic, Solent White, which I’ve done well with in the past, planted at 8” spacings. I know we are growing a lot of garlic but we love the stuff and it keeps well so why buy it if I can grow it?

At the bottom of the right hand row I’ve shallots planted, Griselle, Yellow Moon and some Red Sun and further up the row is a bed of overwintering carrots, Eskimo under netting which reduces wind chill and keeps the cats off.

The other 4 beds will be used for root crops next spring; parsnips, salsify, scorzonera and carrots.

Since we moved here I’ve been keeping an eye out for a trailer and finally I’ve taken the plunge and bought one. Second hand, of course, and a bargain for £200. It’s 6×4 with a drop-down tailgate and a ladder rack which is so useful when moving lengths of wood that are too long for the car.

It will come into its own for shifting horse manure and composts. Next year I plan to start cutting the bracken that’s taking over the unclaimed patch between us and the road. I can load it into the trailer and move it up to the garden for shredding.

I’ve a task lined up for the trailer already. My daughter’s house has had new windows and she got the installers to leave the old, which are double glazed. I’m not quite sure what I’m going to do with them but I’ll know more I’ve got them here and seen exactly what I’ve got to play with.

The weather’s really turned now so the woodburner is on most days which means feeding the beast. It’s scary how quickly the store goes down. Luckily for us I’ve enough wood about the place to get us through a really bad winter but it needs cutting to size.

They say there’s no such thing as a free lunch and certainly there’s no free fuel. OK, our trees provided it but six hours work with the chainsaw and the store’s only a quarter full. Incidentally, we’ve planted 10 trees for every one cut down. 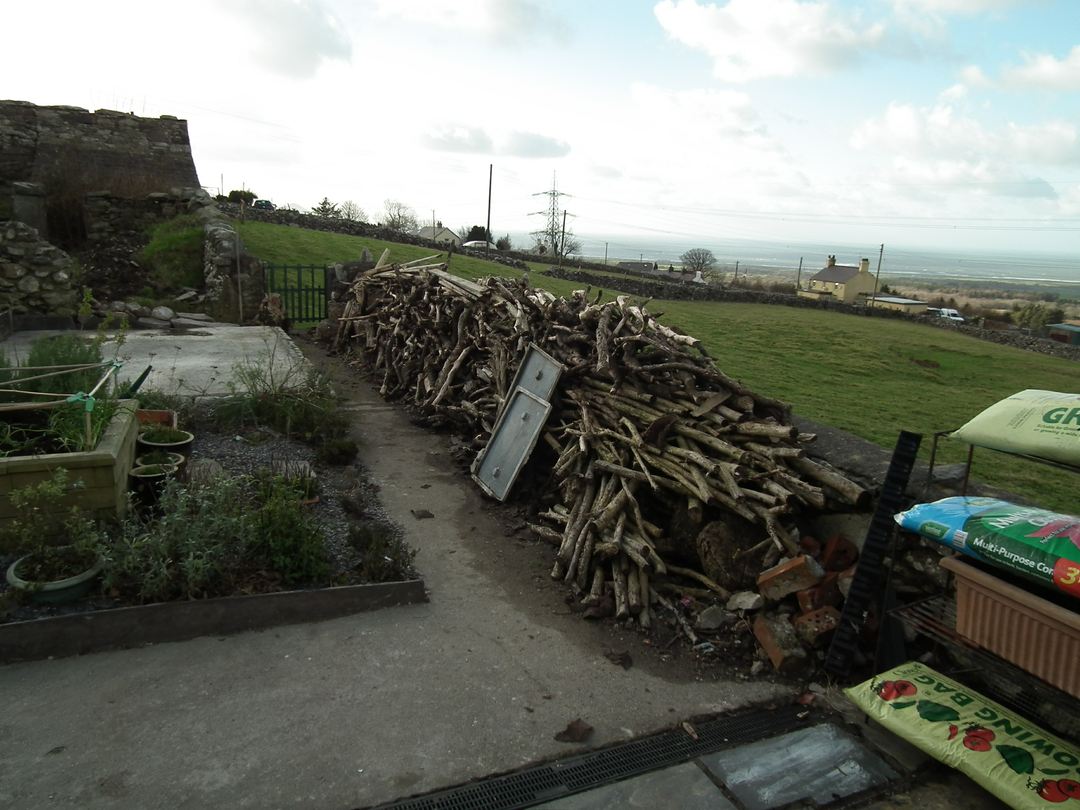 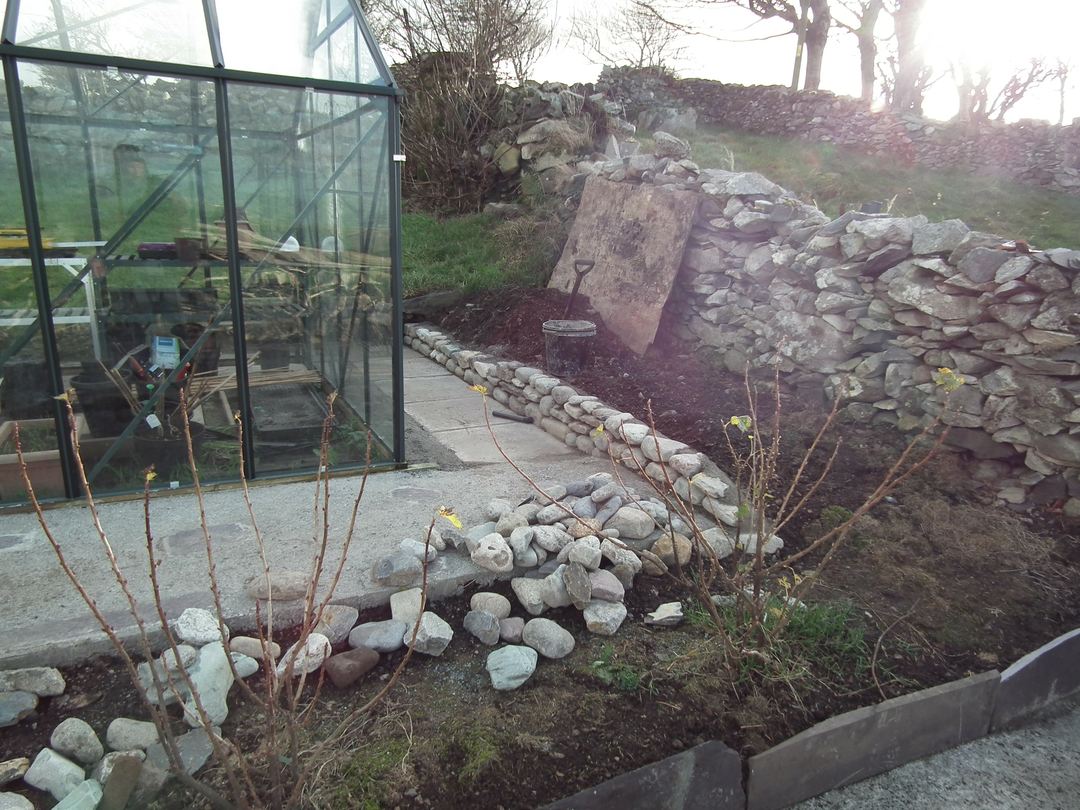 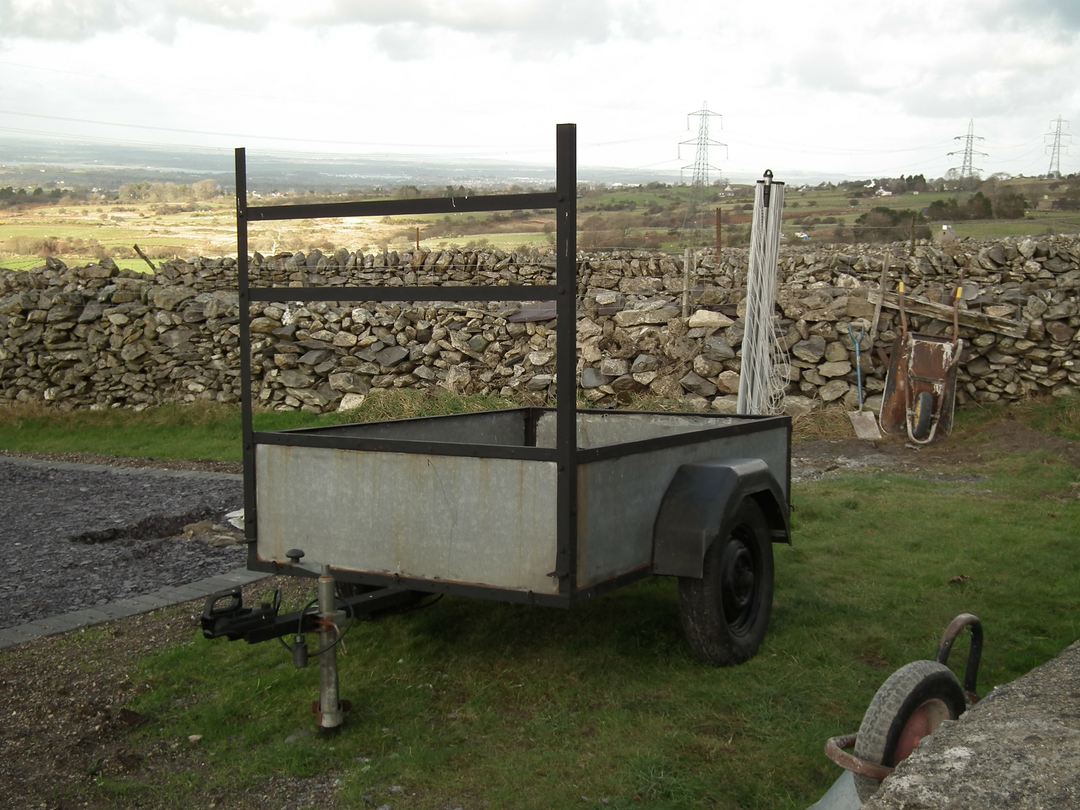 The Trailer – great for bulk loads of manure, compost etc 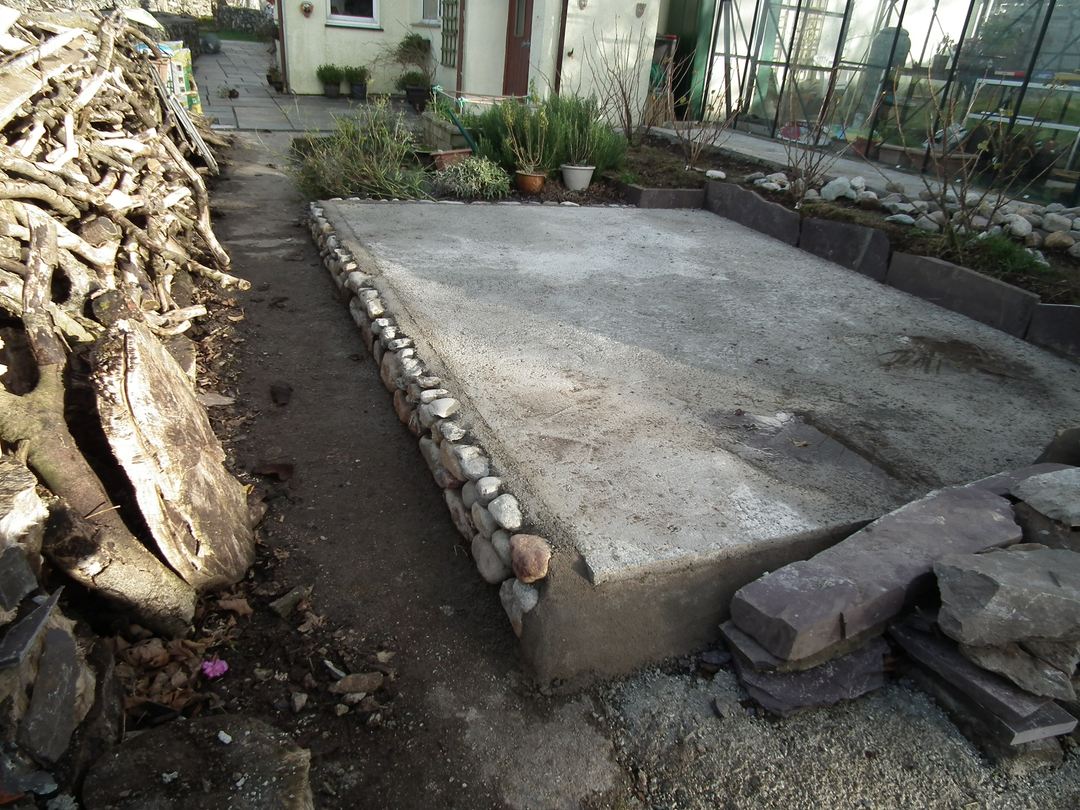 3 comments on “Catching Up”

Leave a Comment Here on Catching Up Cancel reply