Safe Crop Growing after a Flood

One thing we thought we would never have to worry about was flooding. Well, we’re 600 feet up a hill and it’s a clear run down to sea level. Of course the law of buttered toast comes into action. That’s the law that states “A slice of buttered toast when dropped will always land butter side down on the floor” 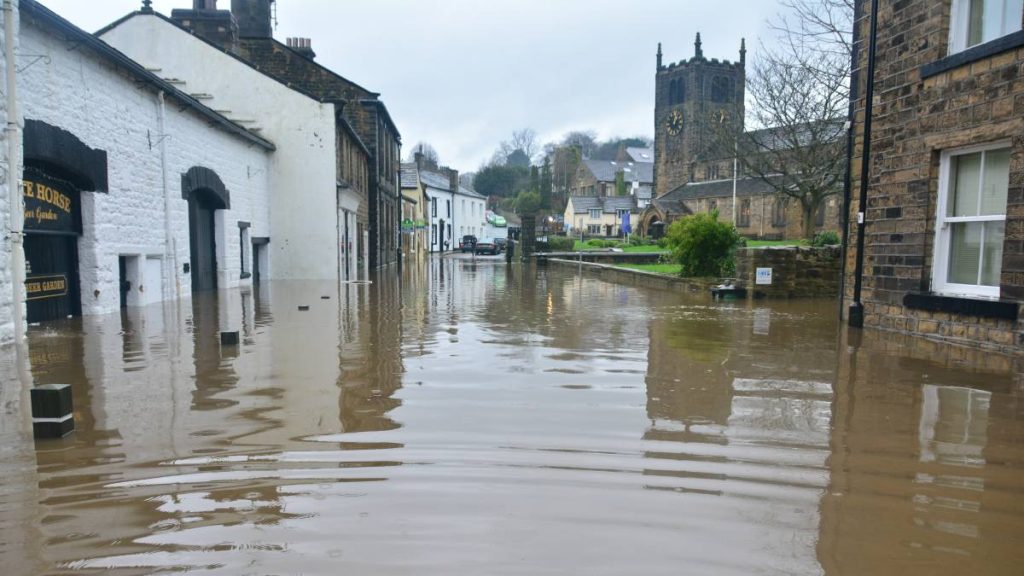 Flooding costs the UK around £2.2 billion a year.

The rain pours down, soaks the land until it can absorb no more and then pours down the hillside. Even with a land drain and soakaway between the hillside and the back of the old cow sheds, when it’s really bad it forces its way out of the wall in jets and rises from the floor. But, on the glass half full principle, the roof leak has been fixed!

Back down on the coast, it’s been almost beyond belief. Sea side flood defences that looked impenetrable have been breached like a sandcastle when the tide comes in. Still we’re better off than Somerset which is turning into an inland sea.

Sewerage in the Water

We know it has to end, even if it’s showing no signs of doing so yet, and the waters will drain away but there’s a problem that doesn’t get much mention with flooding. Our sewerage is invariably carried to treatment plant via underground pipes or treated direct in septic tanks. Once flooded that stops and the smelly stuff rises to mix in with the flood water.

The problem being, of course, not just it is smelly but that it is loaded with dangerous bacteria. All the bugs that make us ill. Where you are will make a huge difference, out in the country the levels of dangerous bacteria will certainly be higher than normal but in urban areas where the amount of sewerage is higher for the area that level will be many, many times higher.

Safe to Eat after a Flood

Certainly I wouldn’t trust any crops in the ground like leeks or kale to be safe to eat, even well washed. Root crops like parsnips should be well washed and then soaked for two minutes in a solution of 2 tablespoons of bleach per gallon of water. Then rinsed again and peeled.

Any tubers or roots with splits that let the flood water in should go straight to the compost heap.

Cook well. If you have a pressure cooker then use that rather than the ordinary saucepan or steamer. The reason being a pressure cooker will take the temperature up to 120°C which will cope with any pathogens. Mere boiling won’t kill some bacteria although it will get most.

Over time, the soil will clean itself. The action of sunshine alone with its ultraviolet is a great steriliser. Our forebears may not have known much about bacteria but they knew that sunshine reduced the problem of milk spoiling if they left the dairy equipment outside on a sunny day.

When will it be Safe to Grow Crops After a Flood

The question is though, “when will it be safe to grow crops after a flood?”

The safe answer is not to grow any crops that are consumed raw (like lettuce) for two years and crops destined to be cooked for one year. Without access to a laboratory and the money to pay for testing it’s a best guess.  It all depends how much contamination was put on to the land from the sewers.

Cleaning and restoring the soil

My advice would be to say the plot has a year out of production and use that year to improve the soil. Before you start, is your tetanus protection up to date? It’s not even a painful jab but tetanus can kill you and goodness knows what is in the soil now.

The chances are that the nutrients are pretty washed out and the balance of micro-nutrients completely messed up. A couple of ounces of a general fertiliser like fish, blood and bone or Growmore per square yard will bring up the NPK levels.

Calcified seaweed is said to really help the micro fauna and flora of the soil – bit like a pro-biotic yoghurt for the soil. We really want the natural bacteria etc up to par as they help to decontaminate the soil

Rotovate or fork this in to the top soil and leave for a few days (that sunshine sterilising effect) or even a week.

Next; sow a green manure, cut it down when ready and take to the compost heap. Then rotovate the top 15cm to 20cm (6″ to 9″). Leave for a few days then rotovate again and then sow another green manure.

Repeat through the year.

Sowing the green manures means that you keep the weeds off whilst producing useful compost and improving the soil.

After a year we should have clean soil in a better condition than before and a load of compost.

It doesn’t mean you can’t grow anything edible for a year though – growbags and pots using bought-in multi-purpose compost can grow most anything and the spent compost becomes a soil improver at the end of the year – see container growing.

If you’ve been or are under water – you have my sympathy.

10 comments on “Safe Crop Growing after a Flood”