Well the weather seems to have finally taken a turn for the better, thank goodness, so I thought I’d get down to the plot. I don’t know why but web clients always seem to send their ‘little jobs’ on Friday or Monday morning so a bit of rush to get things done. I hate leaving things to build up, already have 100 mails in the inbox to do something with!

Anyway, by 2pm I was ready to go but I needed a haircut. Normally it’s a five minute trip into town but the traffic is crazy. I find it amazing how things get insanely busy so early before Christmas. Oh well, managed to get back alive and looking more respectable by 3pm.

It was quite cold, but that’s not too much of a problem with the right clothes, although the wind seemed to cut through my jeans. Maybe time to dig out the long johns! Larry was on the plot so we had a bit of a chat and before I even got started the sun was heading down behind the trees. D’OH as Homer says.

I’d taken down the kitchen compost bin and the garden waste so topped up the compost bin on plot 29. I’d also pruned the crab apple in the garden so the cuttings were cut up small and dropped at the base of the empty compost bin on plot 5. There’s method in my madness, they will form a base allowing air into the materials when I fill that bin, probably by turning the other bin into it in the spring.

We’ve had another delivery of leaves onto the site. With a bit of luck I’ll get some into my leaf mould bins before they all go There’s a lot of grit swept up with them and this helps with our clay soil as well, just popping them in the base of a trench when digging is helpful.

I haven’t wasted the time while I’ve been stuck in with the weather. I’m expanding the vegetable growing guides on the web site. I’ve got a fair bit on about tomatoes and potatoes, the brassicas are going on now.

Started by covering the brassicas and their pests and problems, especially club root, which I am fortunate not to suffer from but many people do. It is possible to successfully grow brassicas even if you have club root and I’m grateful for the help I’ve had from some champion growers in producing that article. The other major problem for brassicas is, of course, the cabbage root fly so that has an article to itself.

So far I’ve got growing turnips and growing swedes online, of the variety growing guides. There is more to follow, but it does take time.

I’ve also added a page on green manures. I’m all in favour of green manures, especially for light soils where digging over isn’t so necessary but prevent nutrients leaching out and adding humus is.

Picture Below: Leaves on the Site 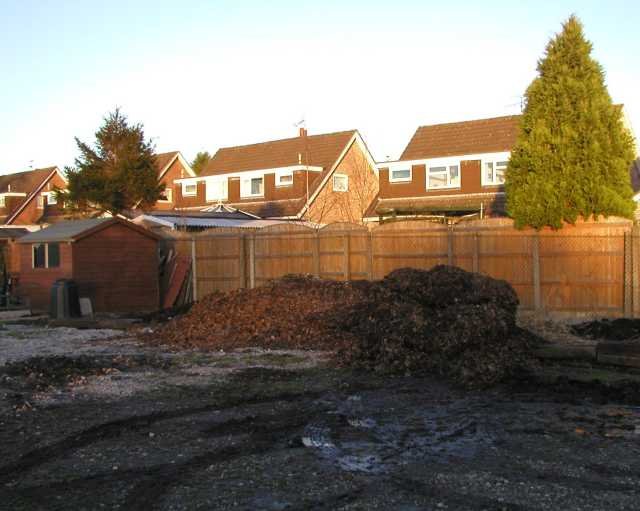