One of our plans when we moved was to install some solar photovoltaic panels and generate some of our own electricity. We put it back because we had some unexpected expenses on the house and money was getting tight.

Well we were saving up and thought we’d order in the panels in the summer but then government reduced the feed in tariff so there wasn’t any great urgency. However, the solar industry took the government to court and won, re-instating the higher rate tariff. Now the situation is that installations commissioned before 3rd March will probably get the higher rate unless the government win an appeal to the supreme court.

Even at the new lower rate of 21p per KWh installing solar panels is a no-brainer. It’s cost us just over £8000.00 and should give a return around £700 a year. It’s like a savings account paying 9% guaranteed for 25 years!

I’m keeping it simple, we might have to replace the inverter (the gizmo that converts the electricity from the panels to the right type for the electric grid) but that will probably only be £500 in 10 years time.

In April the government are only going to give the 21p rate to houses with an Energy Performance Certificate of D or higher. This would be very expensive and disruptive for us in an old stone-built house. Getting D or higher in a modern house is generally pretty easy. So, if you live in an old house and have some spare money it makes a lot of sense to get solar PV now.

Because of the mad rush to get installations commissioned before the 3rd March, I don’t think things ran quite as smoothly as normal. The panels we wanted were out of stock so we ended up with slightly smaller ones, but in fairness the supplier gave us a hefty discount as the capacity would be slightly less.

Then there were a number of discussion on where the panels were going but the installation team came up with the optimum solution, getting them all onto the one roof rather than splitting them between two.

Now I have to wonder why we spent money on matching old reclaimed slates when we re-roofed the shed only to cover the roof with panels a year later! Oh for the gift of hindsight. The installation team had a right old game, the slates were fixed so our winds wouldn’t blow them off and this meant some were broken as part of the install but they did replace them with more from the reclamation yard.

From an 8.30am start it took until 5pm to get the brackets in place with a short break where all the team tried to drill a hole through the house wall, destroying 2 large SDS bits. I really felt for the team, they’re pushing a deadline and everything on our job was taking longer than planned.

They ended up finishing at 8.30pm having been working on the roof by torchlight. Never even took a lunch break although we kept them going with teas and soup in a cup.

The next morning I was up at first light and into the shed where the inverter is. A glowing green light reassured me all was well and shortly after the meter registered our first tenth of a unit generated. Happily it was a sunny day and by dusk we’d generated 12.1 KWh.

I’m not 100% convinced of it being a green technology in the UK, probably the government would be better putting the money into offshore wind or wave energy. However, we’ve now got a small, inflation linked income until we’re in our 80s. It certainly pays better than my pension scheme. 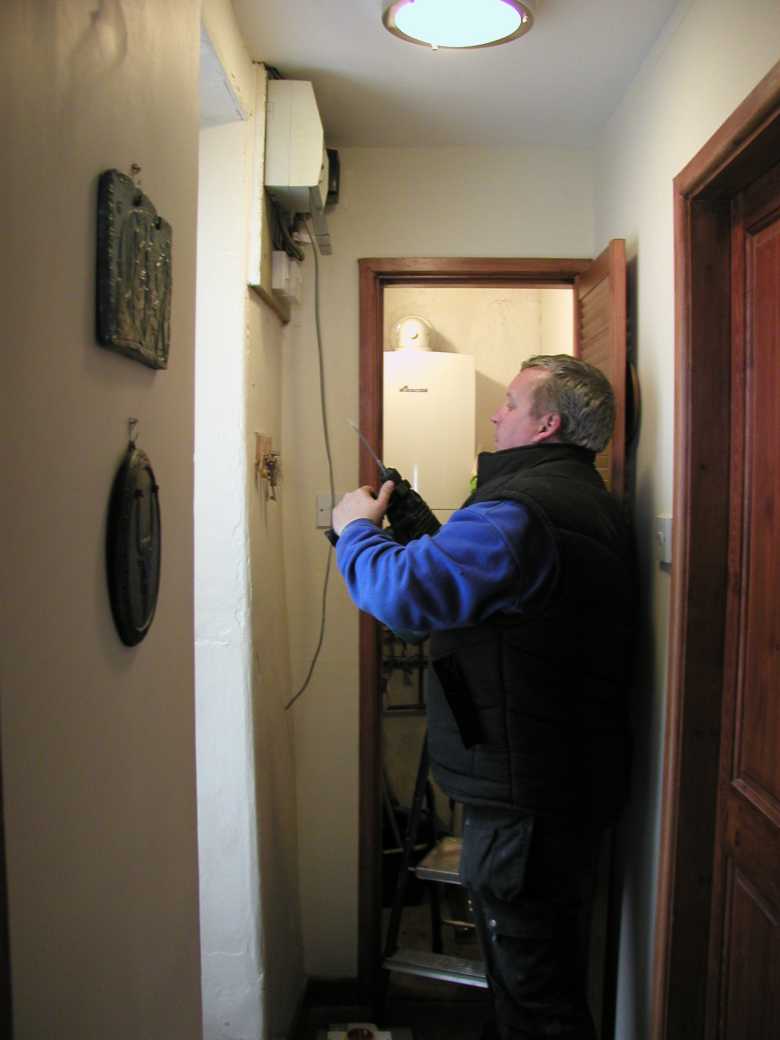 Installer Wonders if his Drill is Blunt! 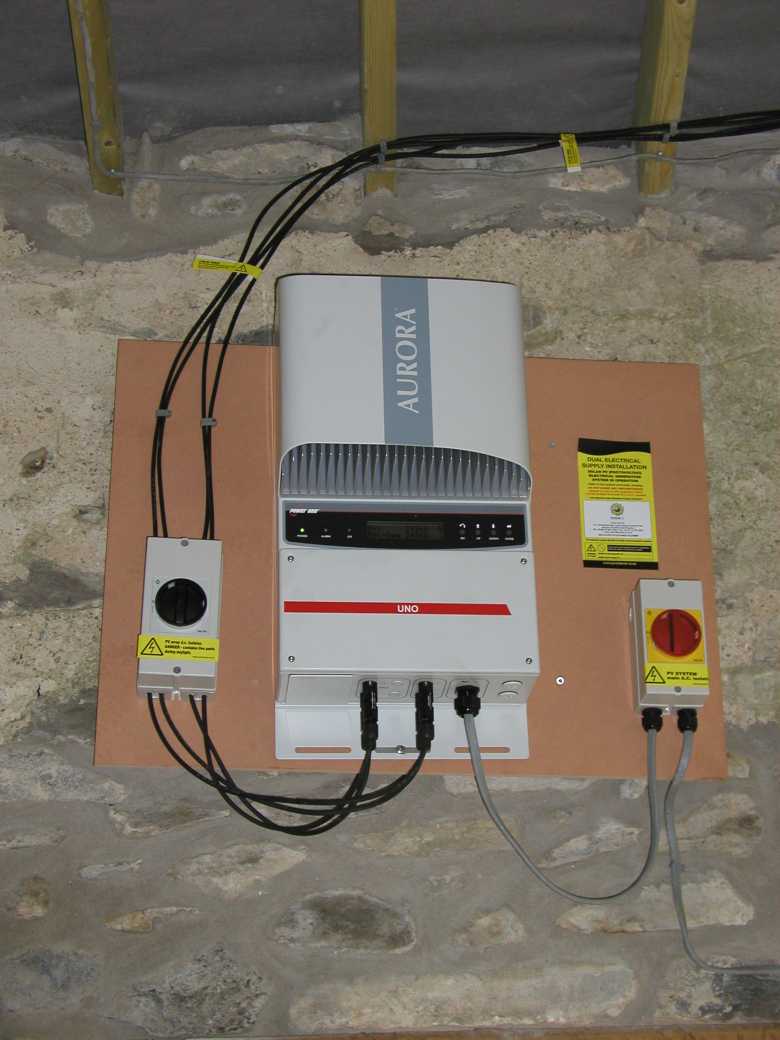 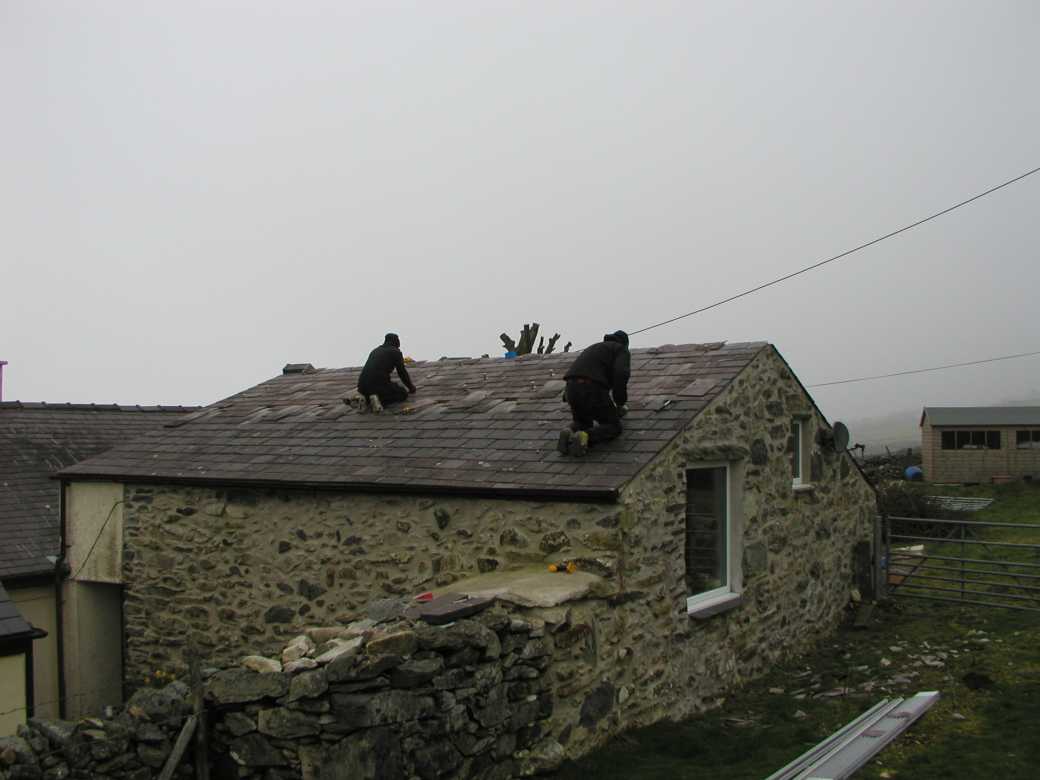