We attended the NVS National Championships on Saturday. It’s in the Pavilion, Llangollen which is a rather impressive, modernistic super-tent building. Val actually sang at an Eisteddfod there many years ago. Been a few changes since!

Unfortunately for the NVS, they’d been let down quite badly by someone who was helping to organise the event. The farmer’s market didn’t materialise and there weren’t many trade stands there.

This meant that the event wasn’t attracting as many members of the public as hoped. Usually the society picks up quite a few new members at the championships but most of the visitors were already members.

Still, the NVS displays are worth going for on their own in my opinion. There’s always confusion about the competition. People think it’s giant vegetables but it’s not; it’s best examples which often tend to be larger than usual. Size isn’t everything.

There was a display of entries by local school and pre-school children, who had been given 1000 window boxes to get them started with the growing bug. Their entries were all made from recycled materials.

The AGM went smoothly. It was tinged with sadness for two reasons. Firstly Medwyn Williams stepped down as chairman but the society didn’t let him go that easily, he was elected president and so is still involved albeit in an honorary role,

Secondly Ann Griffiths was awarded a silver medal for herself and accepted a posthumous gold medal for her husband Dick. He’ll be sorely missed in both the Welsh branch and the society as a whole.

Later there was a meal at a local hotel which gives everyone chance for a good chat. I took the opportunity to pick the brains of some of the best vegetable growers you could meet. The consensus is that my only hope is to grow on raised beds or move house. I can grow on clay, I can grow on sand but growing on rock is beyond me!

There will be a full report on the show on the NVS web site soon but these photos should give you the flavour. 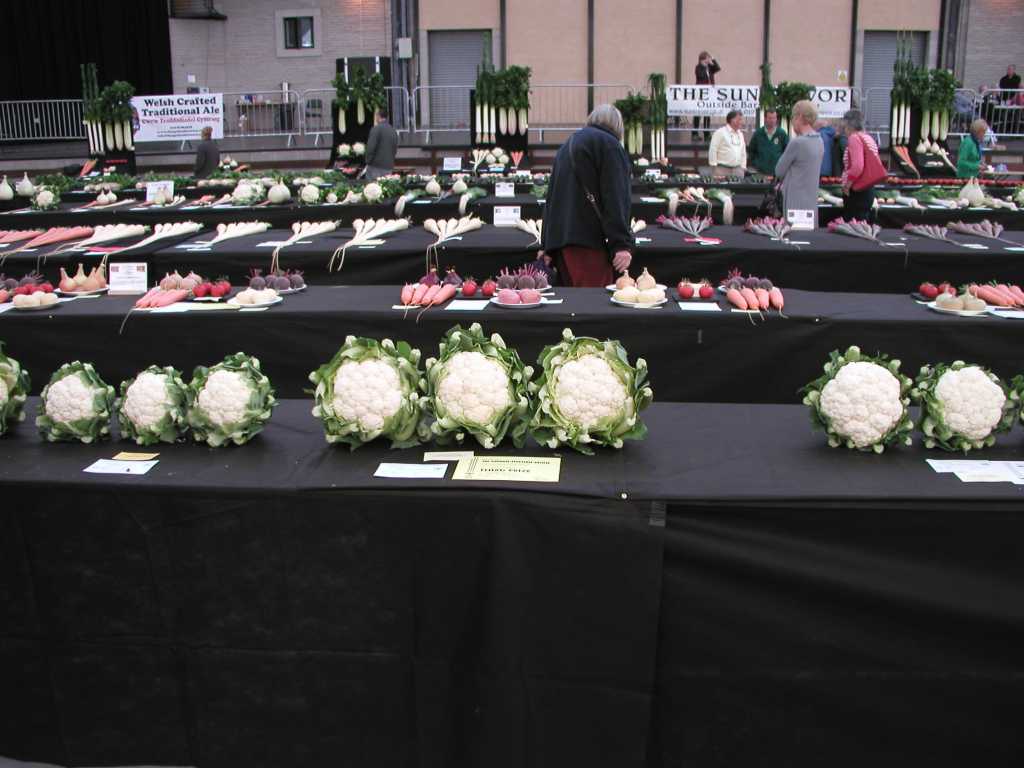 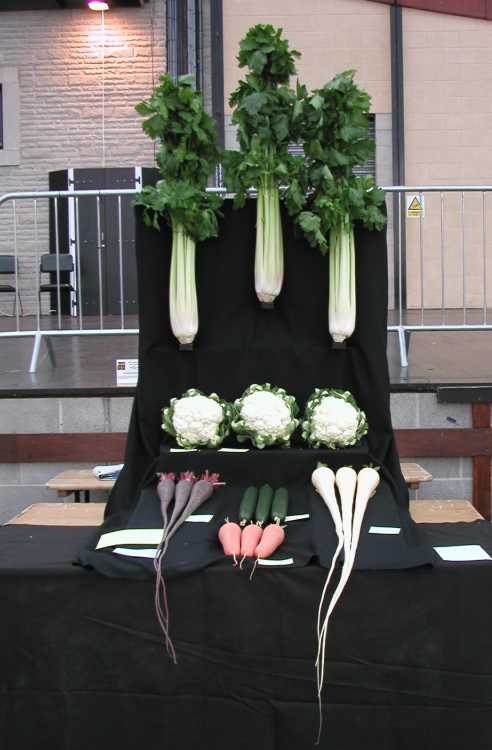 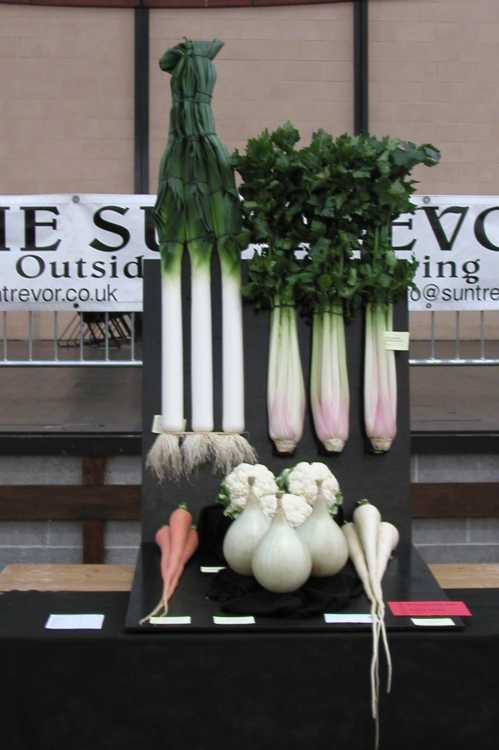 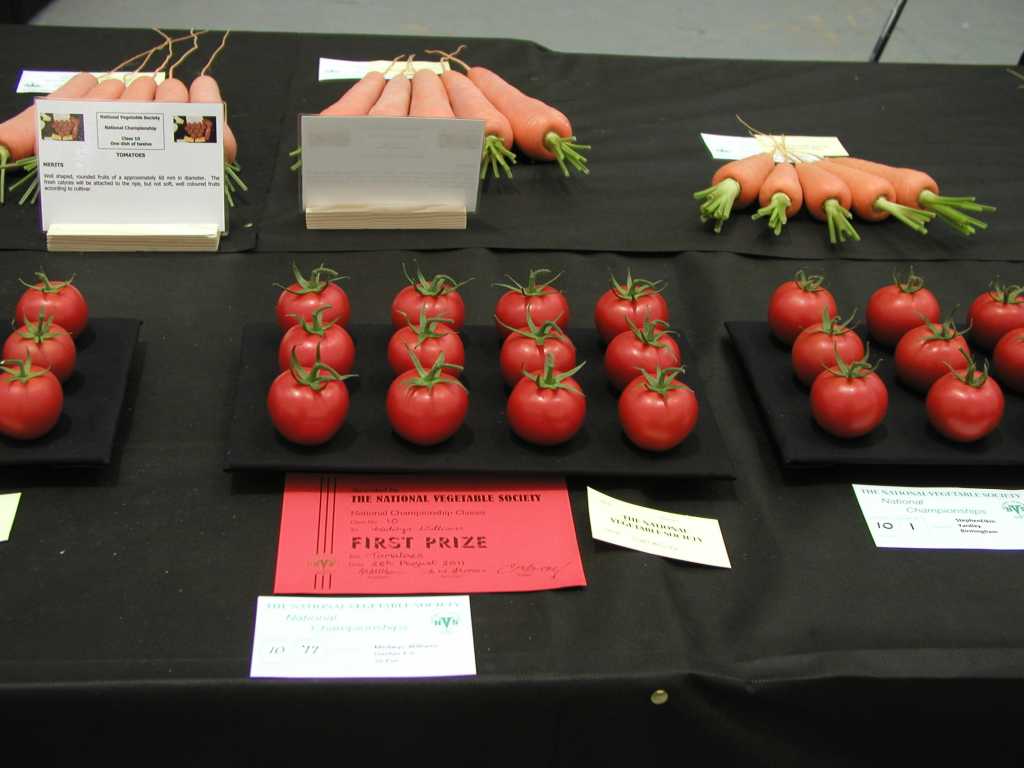 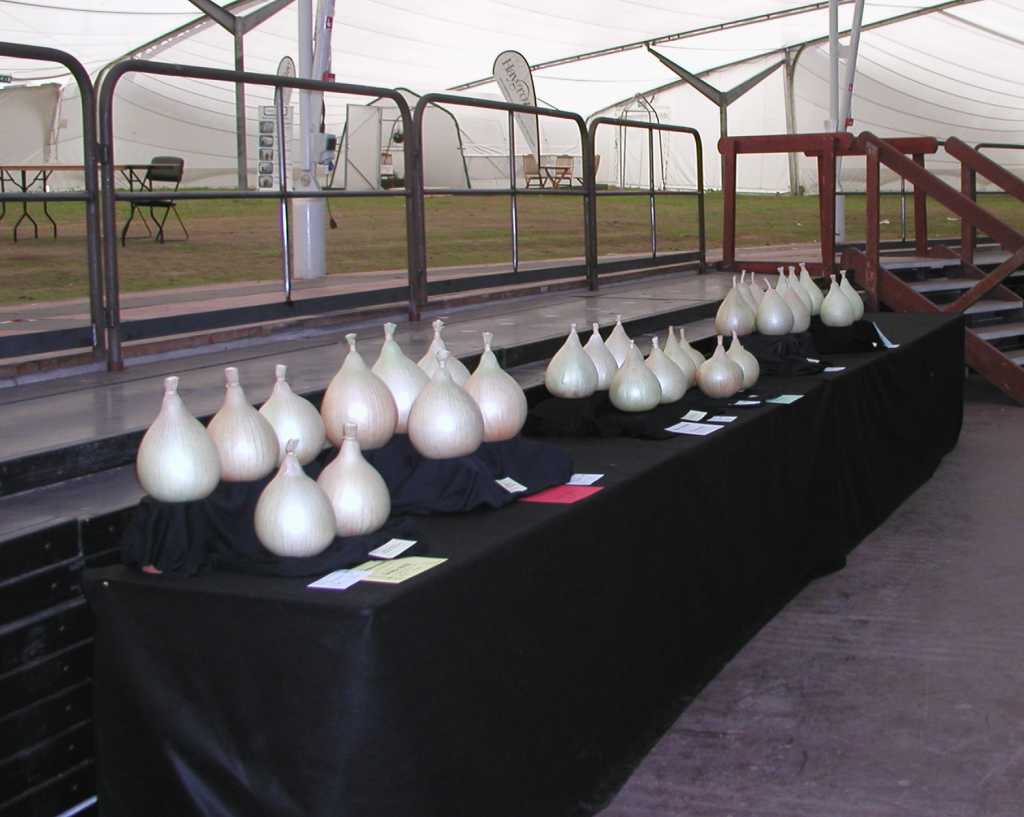 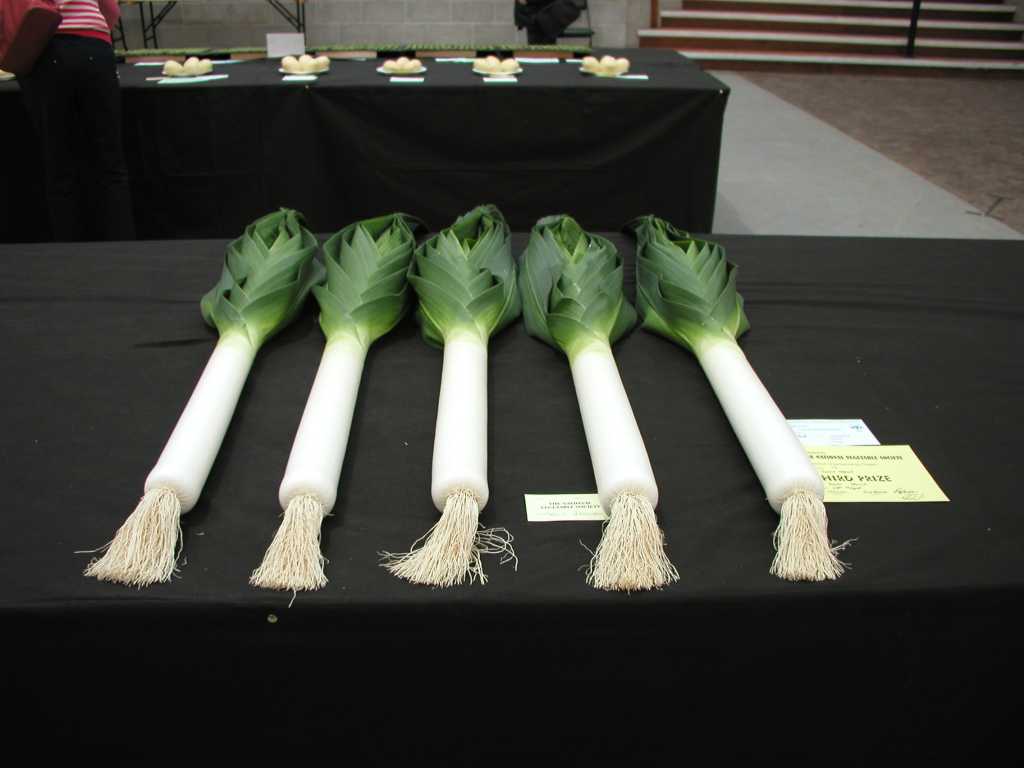 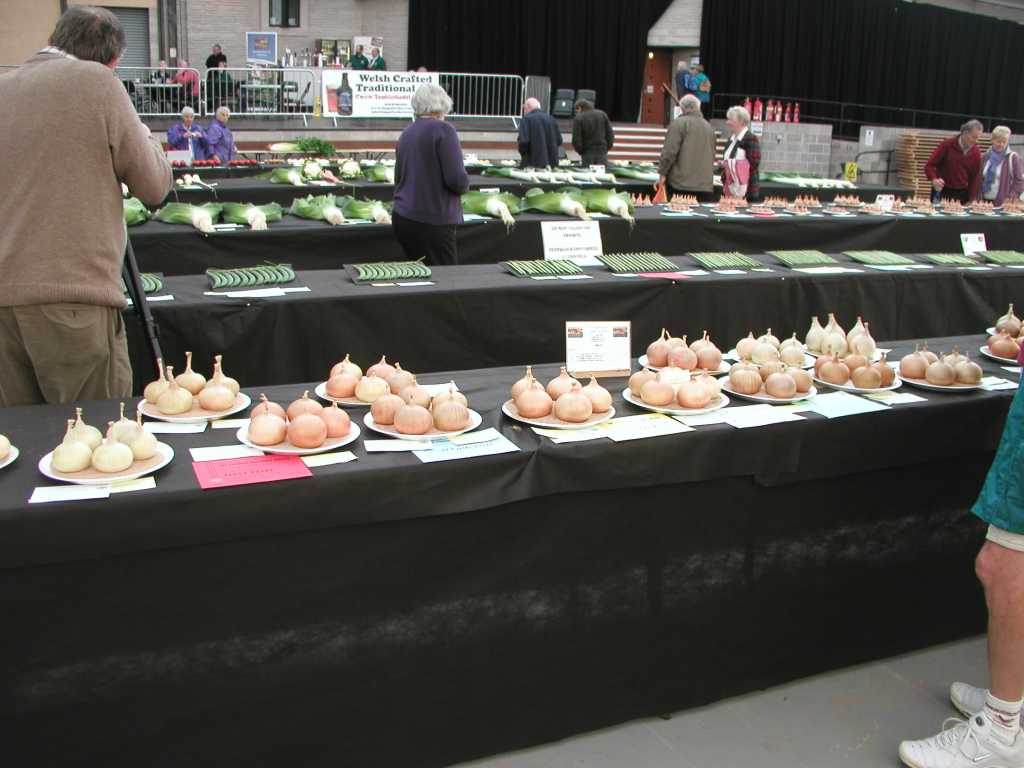 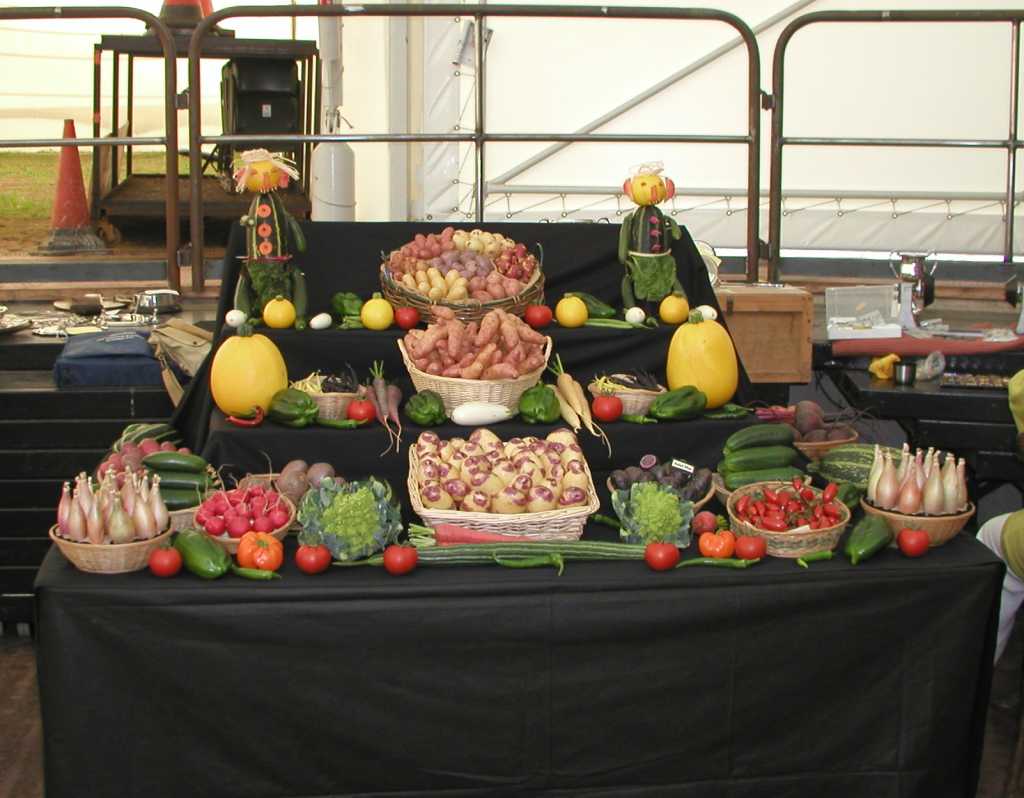 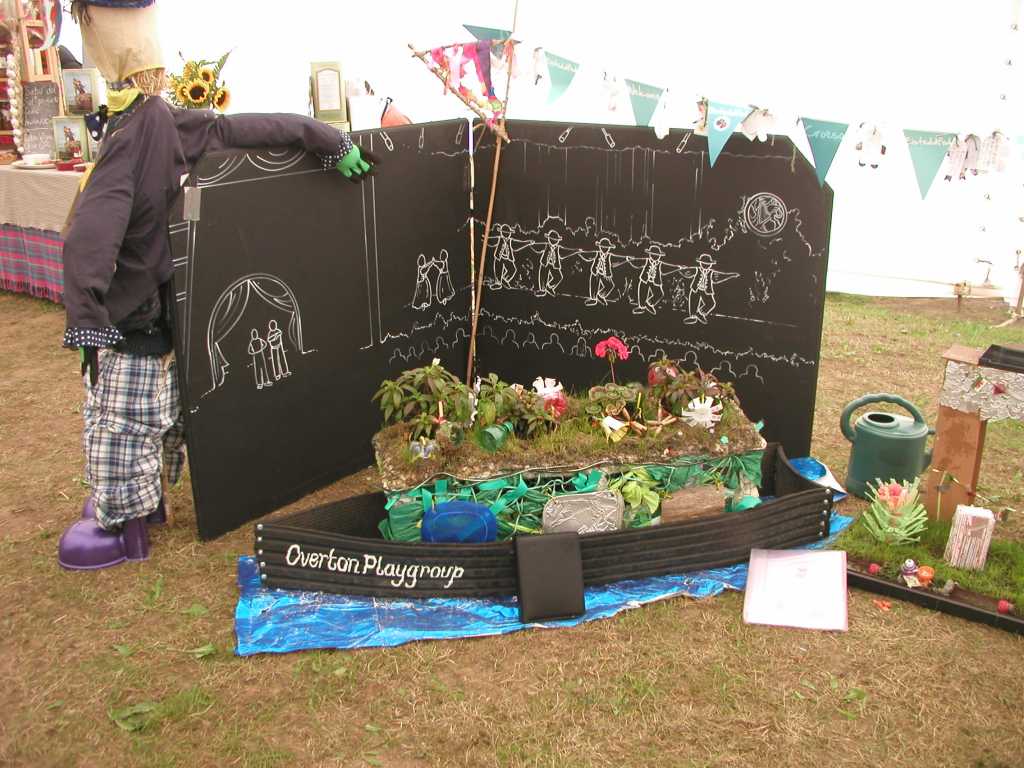 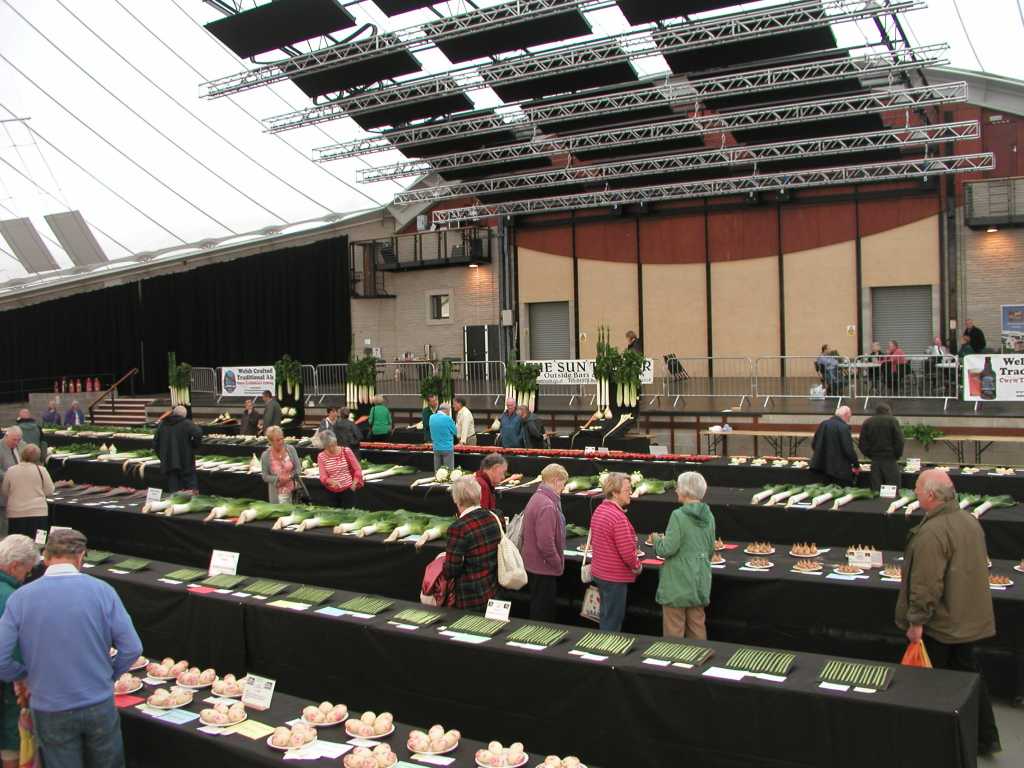